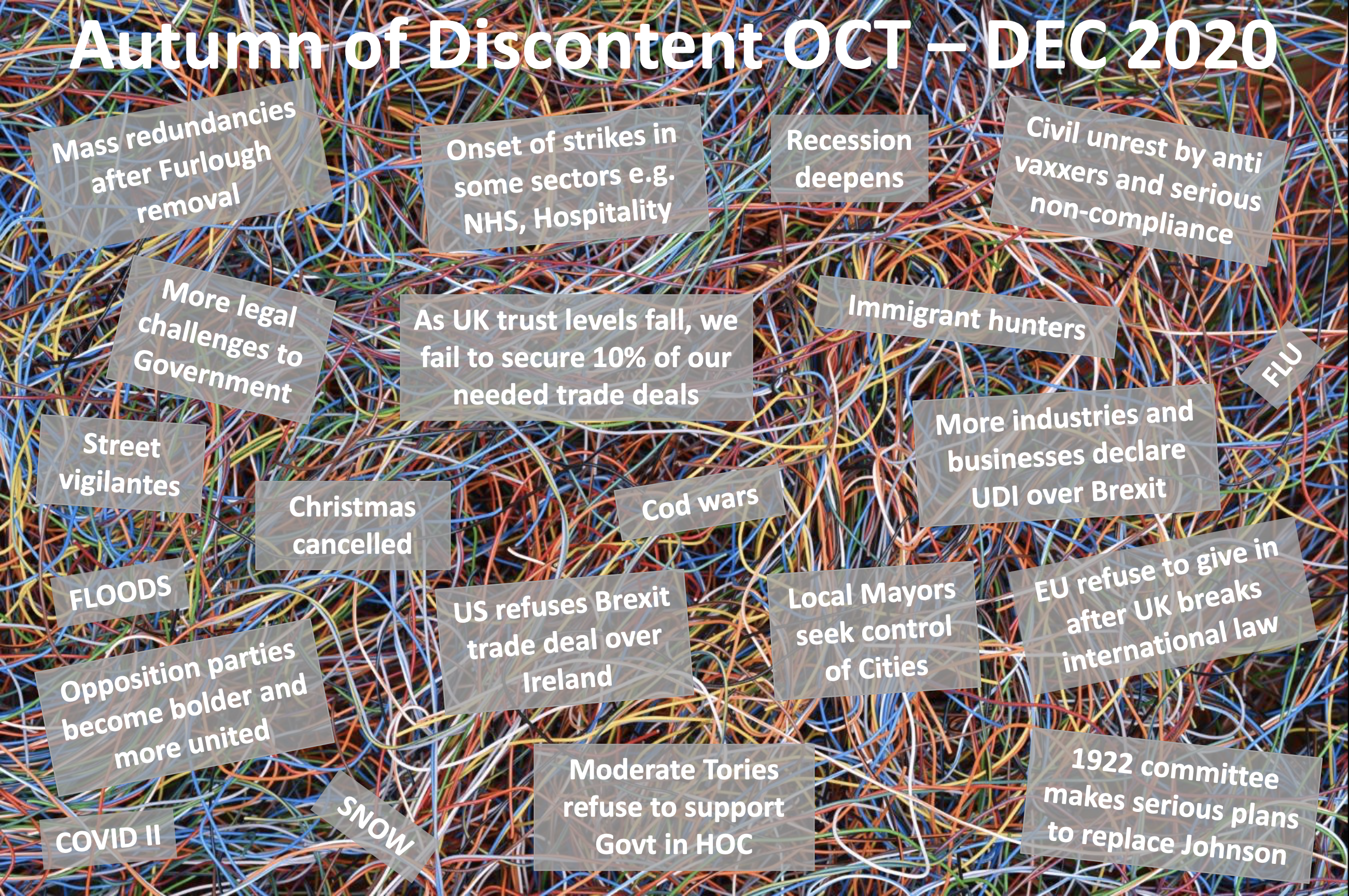 I’m really sick of Brexit. I’m even more sick of Remainers! Well, not all of them of course. Just the ones that waste their and my time telling me we cannot stop Brexit or that we must have a Brexit deal, even if it is shit. My angst extends to some of the key culture carriers of Remain, such as Femi Oluwole, Mike Galsworthy, People’s Vote rebadged and the self-appointed Byline Times leaders, who are merely gold-plating the reasons why we lost three elections and behave like an outreach group of the Labour Party rather than an apolitical coalition devoted to saving the UK from itself.

However, we are all on the same train in one respect, but these people have satisficed themselves with a longer term unicorn of some vague renaissance of a United Kingdom in a reformed EU at some point between 2024 and 2029. This MAY happen, but the probability is low, especially if we get a Brexit deal, as Brexit will be settled for a generation, with no-one wishing to re-open the toxic issue.

There is a short-term imperative that these people are not addressing. That of Suspending Brexit altogether. I was gutted to listen to Femi “drinking the Johnson Kool Aid” last week, laying out options for future resistance but not listing the goal of suspending Brexit as one of them. Sadly, 500 Remainers listened to this and because we are largely a law abiding lot, most of them probably believed it. Here I set out the rationale as to why Suspending Brexit in the next 2-3 months remains a viable strategy.

We can foresee a veritable shitshow in the next few months, an Autumn of Discontent. Here’s just a few of the things coming over the hill in terms of psycho-socio-economic and political factors:

Will Johnson do another U-Turn on Brexit? It’s possible if we act upon moderate MPs and embolden the opposition to grow backbones. He is possibly one of the few people who could do this AND get away with it.

I broke the law

When Remainers tell me that we passed a law to get Brexit done, they seem to forget that our Government break the law on a daily basis. They have just withdrawn the withdrawal agreement, the very law that would “Get Brexit Done”. And just recall all the other laws they have broken of late:

Since our Government break the law and do U-Turns on a daily basis, they can also suspend Brexit or do a U-Turn on it. There are plenty of good “excuses”, with COVID at the top of the charts.

How would it be done?

In simple terms, all that is needed is a phone call from Boris Johnson to Ursula Von Der Leyen. The EU have always left the door ajar for this. This opportunity will not prevail forever, but it is still possible at this time via whatever excuse Johnson can create and whatever mechanism the legal profession can manufacture.

Of course the phone call is not enough. But lawyers would make millions providing the “legal theatre” necessary to “christen” the decision by writing hundreds of documents to validate the decision and make it look difficult. More work for the legal profession.

Paradoxically the removal of a Brexit deal from the mix of negotiations would actually help create the chasm between No Deal + Corona i.e. a Britastrophe:

Follow our 11 point plan outlined at Protest and Survive.

Support our work so we can continue to allocate ourselves full time to this.