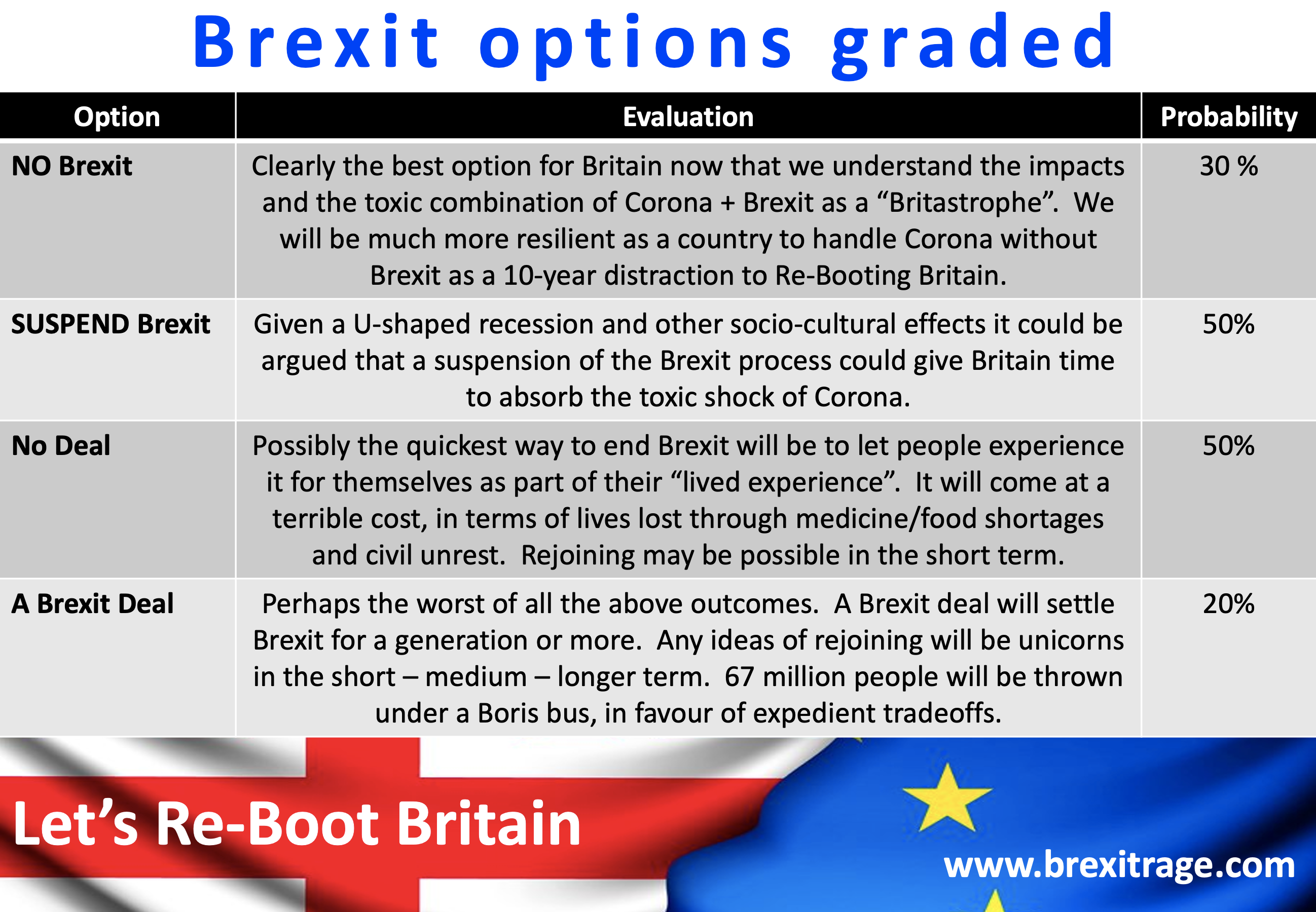 Brexit Choices for a Better Britain

As negotiations reach another hiatus, it’s a good idea to remind people that Brexit is not inevitable now that less than 37% of people still think that Brexit is a good idea. Here are the Brexit Choices for a Better Britain open to us at the moment.

In case people don’t understand why the EU cannot just give the UK what they want, consider the EU as a golf club with 28 members. One does not want to pay the subscriptions but still wants to use the club for gala dinners, special events and demands a free set of golf clubs every year without paying. The head of the golf club must decline. If he says yes, he will face a backlash from the other 27 paying members who will also want a rebate or more services for less money. The primary job of an enterprise is to protect its members and, regardless of our belligerence in the talks, The EU must set this aside and protect the greater good of the union.

We also have an unlikely ally on our side in the form of Theresa May at the moment, who has rebelled on several occasions taking others with her:

“I might have thought the government would have abandoned algorithms by now.”

In case of doubt as to how these evaluations were arrived at, please read the associated articles:

Please subscribe to our platform by clicking the e-mail button and selecting the categories you wish to include on the right hand side of this page.

19 thoughts on “Brexit Choices for a Better Britain”