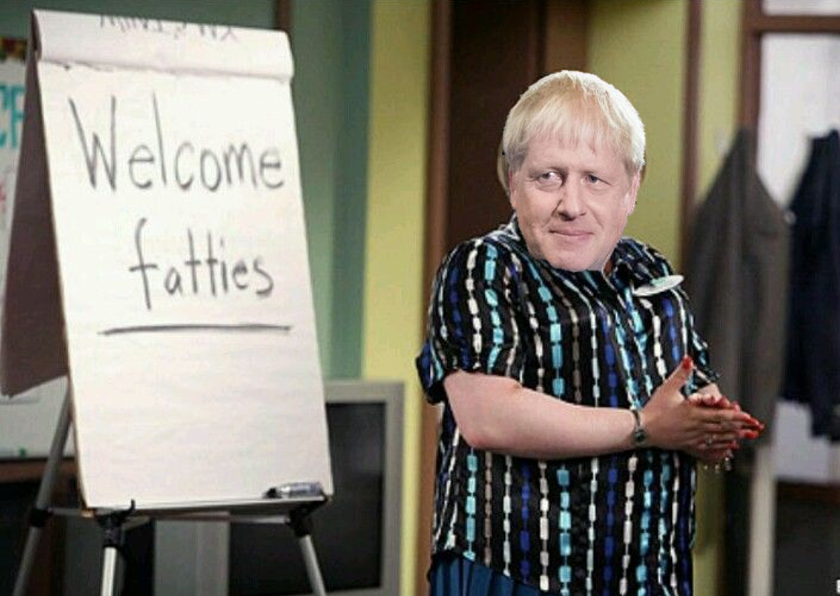 It seems that the excess deaths from Corona (approximately 30 000) are now OUR fault and nothing to do with the extremely late decisions of the Johnson Government, pre-occupied with bonging Brexit bells and minting Brexit coins. “Slimfast Johnson” has launched a war on Britain’s fatties, having previously told the nation to eat what we like. The 17 stone clinically obese manchild has done this at a time when some other news was “forgotten” …

Dominic Cummings, architect of Vote Leave Lies, has said that Brexit may be a mistake.

Brexit talks have reached another impasse, with an illegal No Deal Brexit on the horizon to compound the problems from Corona.

Instead of dealing with these problems, Johnson plans to do dance classes from No 10 to fight the flab.