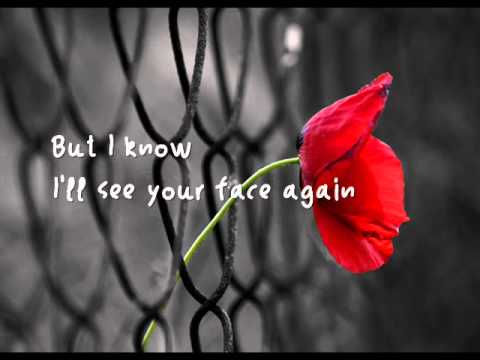 In this post, Wendy Nowak outlines the real issues facing those of you on medication if we allow Brexit to happen.

The Facts of Life … and Death

Believe it or not many of you will be affected by medicine shortages if Brexit happens come 31st December 2020.  Here I explain why I’ve been extremely worried for the past two years.

As soon as I heard rumours about shortages of medicines, alarm bells started ringing in my head. They are ringing even louder these days. I’m Type 2 diabetic and am prescribed insulin to control it, which is sometimes the case with Type 2s. Without insulin the complications of uncontrolled diabetes are dire

By the way, Type 1 diabetics are totally dependent on insulin for survival. Only about 0.5% of the insulin used in the UK is manufactured here.  It is also animal insulin which not many diabetics can take. The rest comes mainly from Denmark or Germany, from the big manufacturers Novo Nordisk and Sanofi Deutschland.  The other issue with insulin is that, being temperature sensitive, it is not easy to stockpile. Before the last Brexit deadline the government promised they would buy loads of extra fridges and engage a wonderful ferry company to ship over our meds.  Remember Seabourne?  They didn’t actually have any ferries.  Another government scam, which made me fear for my life even more.

Editor’s note: This has been the case for many years. In my early years I worked at Wellcome who used to make much of the supply of beef insulin. I worked on the breakthrough treatment of human insulin with Novo Nordisk. A proud moment in my life, only to be thrown away by a government that only understands money rather than quality of life and lies systematically to make us forget the meaning of life.

A group small group of us, one of whom is a retired medic, got together online to organise demos and die-ins, along with FB posts and tweets, to raise awareness of this issue.  Considering the fact that this is a life or death issue the response from the British media and public has been appalling, which also worries me.  Despite numerous requests, the British media have more or less ignored us, up until fairly recently anyway.  Comments from the public ranged from brexiteers who basically don’t care if they or their relatives die as long as they get their blue passport (which isn’t actually blue!) to those who don’t quite understand the extent of the chaos we are facing.  That could be down to lack of coverage in the media.  There was also disbelief when faced with the hard facts which we laid before them, ie. The repeated warnings to the government from the medics and the pharma industry about shortages.

Are you prepared to see loved ones die for a blue passport?

Join us at Who Cares About Brexit

Why we should all be worried?

Three quarters of our med supplies come from Europe. That figure is quoted in the government Yellowhammer report.  It’s not just about me and it’s not just about diabetes. It affects thousands of patients, including those suffering from cancer, those on dialysis, asthma, epilepsy, glaucoma, rheumatoid arthritis, many immune deficiencies and many more.  Anybody could be diagnosed with any of these conditions at any time.

The UK is pulling out of EURATOM, which guarantees our supply and ensures the safety of nuclear materials.  The radioisotopes necessary for cancer treatment and diagnostic scans are at risk.  They are also imported from Europe, are extremely time sensitive and cannot be stockpiled. Cancer patients are already being told that they will not be prioritised for treatment because they are over a certain age.  Are you OK with that?

Many veterinary medicines are also imported. These face the same issues as our own.  Brexit has also caused a shortage of EU vets (as indeed it has among our NHS staff) who have had enough of the hostile environment which now exists in the UK. Not only are our pets at risk, but these vets also monitor our farm animals and help to uphold our food standards.  Once again the warning went out a couple of years ago when we staged the Wooferendum marches.  Once again, not enough people listened.

Join us at Cats Against Brexit Mayhem

We had a stockpile of medicines (well, at least of those which can be stockpiled) as a no-deal contingency.  The pandemic has eroded these away, which leaves us in a dire situation in the event of no-deal.  This is before any second COVID wave hits us.

What am doing about this?

I have a bit of a dilemma. As a diabetic I have to ensure I don’t catch the virus, but if I sit back and do nothing I face severe illness or death from med shortages.  My risk assessment is that I can take precautions against COVID, such as wearing a mask, social distancing, hand-washing, but there’s nothing I can do if my meds run out. I go out protesting, socially distanced of course!  As I’ve been told many times ‘the government doesn’t care about you’. To everyone who thinks it’s okay to say that and then do nothing I say, ‘get out there’.  We the oppressed people of the UK need to show the government that WE care and we are willing to do hammer home that message. We are not willing to endure medicine, and indeed food shortages (I and many others need a healthy diet), enabled by their deception and corruption.

What can you do about this?

Write to your MP using this as a basis for your arguments. Ask for Brexit to be suspended.

Get out on the streets as Wendy suggests. It’s not too late to stop Brexit. Join us at Rage Against Brexit.

5 thoughts on “The Drugs Don’t Work”