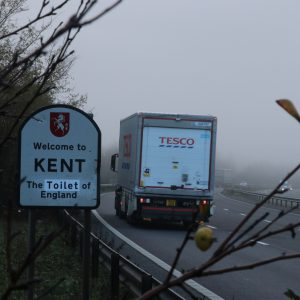 “Brexit’s a Musical Trick (not a Treat)” tells the story of Camerine, Theryline, and Boris Valboris, in a fictional musical about an imaginary country seating a Brexit from the European Union.  In this interview for The Festival of Brexit, we interview some of the writers and performers

Some questions you may wish to answer:

Only by listening to the 24 songs (and one poem) on this unique CD which draws on every major tune from Les Miserables can you discover the answers to these and other questions.

“An album for rueful laughter from some people and challenge for others”.

“An album to give to people to stimulate conversation and fresh thinking”.

Buy copies of “Brexit’s a Musical Trick (not a Treat)“.

We also previewed the song “Britannia Waives The Rules” at the interview. Take a look:

The companion CD “I don’t beg pardon” is now out as well. Here’s a little quiz to whet your appetite for the CD and the book:

1. Where does Boris Johnson not want judges to go according to “Little List”?

2. What electrical equipment might you buy from home, according to “Stay in Your House or Flat” ?

3. What can Boris not get away with in “Ill With Covid”?

4. Why did Katherine raise her hand to Petruchio in our first Lockdown Shakespeare?

5. What did Boris think he would do to the nurses after leaving hospital in “Ballad of Dom and Bojo”?

6. What road is a good road to have a wee beside according to “Dom’s Ditty”?

8. What should the Prime Minister give to the country in “Stand By Your Dom”?

9. What is Laertes advice about trousers?

10. What may MPs have as well as a brain in “Things that Will Astonish you” (thank you, W S Gilbert)?

11. What might those who dislike masks hate, according to “Man Up, mask Up, Protect Another Life”?

12. What are the singers in “Idiotic Prejudice” demonstrably?

13. What one word follows “Protection” for teachers who are “Heroes”?

14. What should you think on when considering the Priti Patel bullying report, according to “When Shall We Three Tweet Again”?

15. Who did the damage in “Brexitian Fantasy”?

16. What does Theresa May want to do to Rees-Mogg according to “I’m Just a Girl Who Cain’t Say Go”?

17. Which GATT might the 2016 vote have been for according to “Onward Brexit No-Dealers”?

18. What three words describe how Boris Johnson would not have us (by providing “PortALoos)”?

19. Why did Johnson not read the Withdrawal Agreement, leading to “Britannia Waives the Rules”?

20. (Two part question) What was needed in response to the daily briefing? What does Juliet never see?

21. What stays shut in the Summer while Premiership football reopens according to “The Virus Cometh”?

22. Who is to blame next for Covid, according to the Archers singers?

23. Who will you appear before in the House of Lords, according to “Lords of Delight”?

24. What is the handle of the singer/driver in “Kent Convoy”?

Watch our interviews with former MEPs who blow the myths that Brexit is inevitable away.