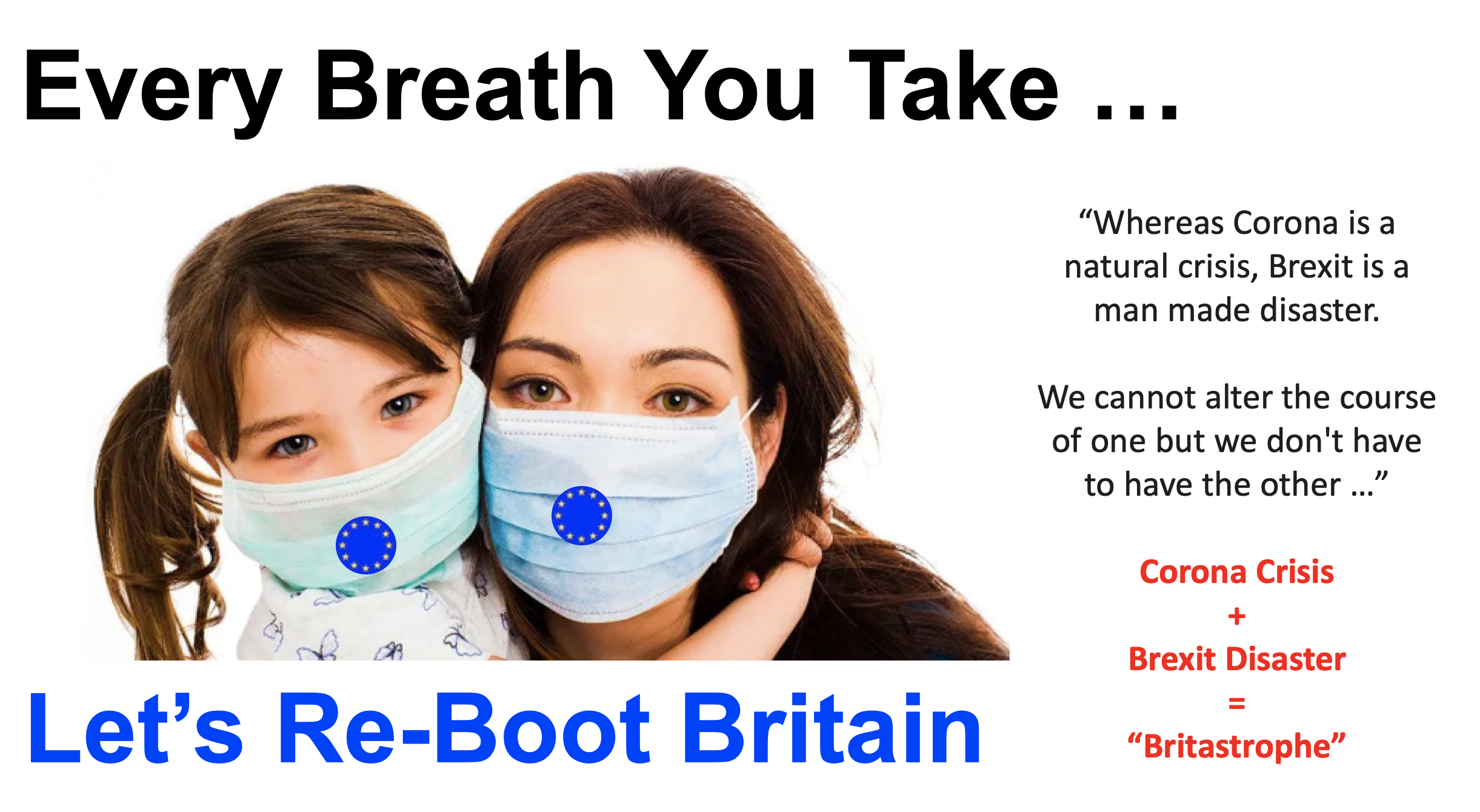 We plan an audacious tour with the Bollocks to Brexit Mini, starting with the Reading Festival and via a full tour of the UK. Support our work via Patreon.

The “B*llocks to Brexit” Mini Cooper known as “Johnson” is making an unprecedented historic trip to Durham under strict COVID-safe conditions, so that the driver can get his eyesight checked by taking an excursion to Barnard Castle for his wife’s birthday and stopping at a few beauty spots.  The trip, inspired by Dominic Cummings, has been arranged by EU Flag Mafia in conjunction with Rage Against The Brexit Machine, to highlight the problems of adding Corona crisis to Brexit disaster, creating a “Britastrophe”.

EU Flag Mafia are hoping that “Dick and Dom” aka Boris and Dominic will hear our call that this is the worst time to take Brexit out of the microwave.  If they checked their eyesight, they would now realise that there is a substantial gap in the will of the people, with nearly a ten-point gap of people now wishing to remain a member of the EU.  All that is needed is courage and political will to change the oncoming “Britastrophe”.