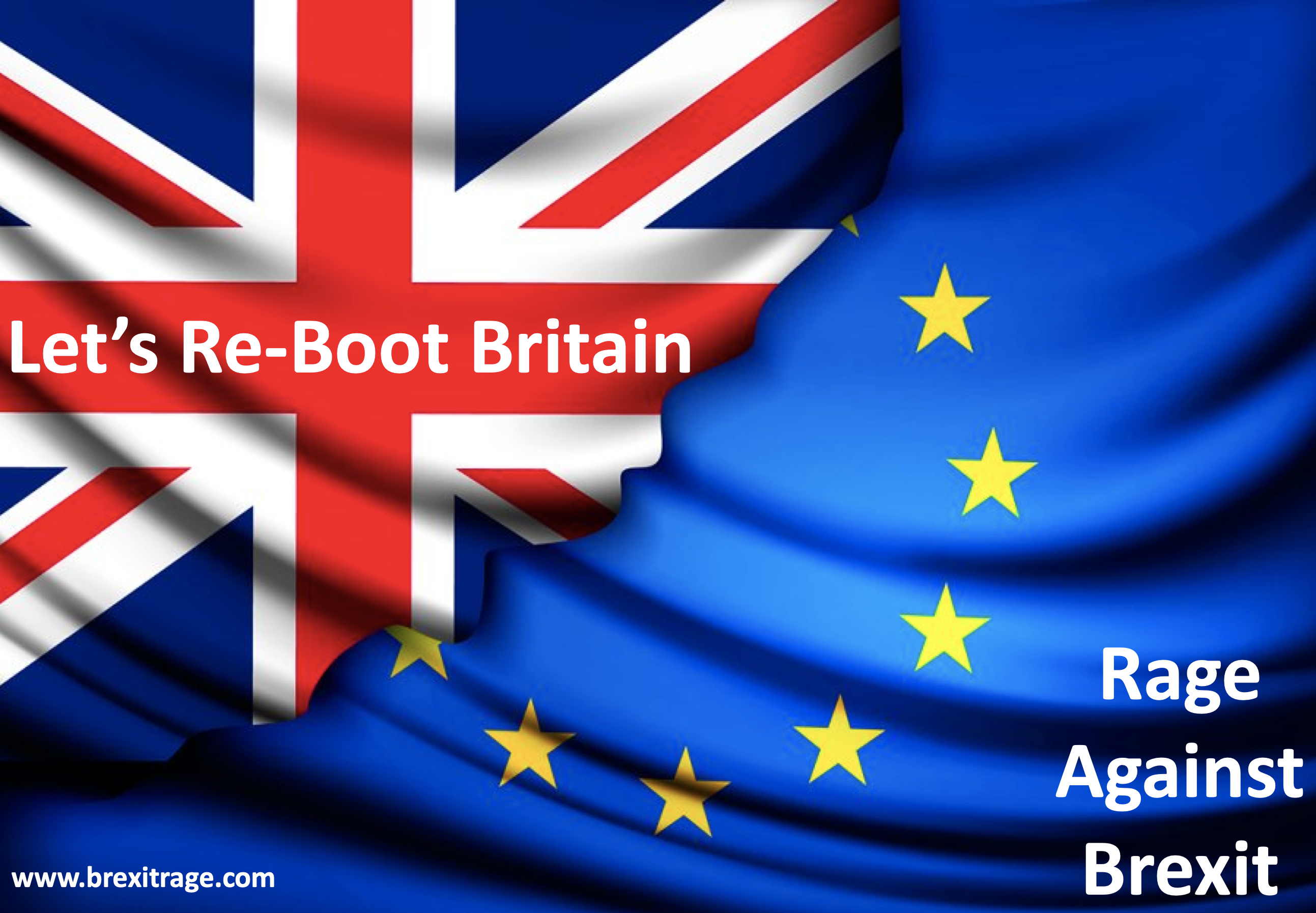 Rage Against The Brexit Machine

People ask me “Surely it is too late to reverse Brexit?”  Of course we can.  Brexit is a political process and the law is merely a servant to the politicians.   If political will changed, the law would be made to fit the circumstances with a suitable narrative created for the media and people.   We must therefore change political will across all parties.  A political backbone has been absent for four years and Remain have sometimes gold-plated the strategy that lost them the referendum, with the best of intentions. We operate on three levels:

We cannot allow the greatest national disaster next to climate change (global) to threaten the next generation’s futures to continue.  Our continued resistance is both moral, a fight worth having and certainly not a waste of time, given how much people have sacrificed over the last seven years.  Would you like to be able to say that you contributed to the re-establishment of an honest Government to your kids?  I would.

We had a sneak preview of what Brexit will deliver via the panic buying associated with the Corona outbreak.  This was merely an hors d’ouvre for Brexit, which hardens every day, now that our resilience to global shocks is much reduced.

Read all about our strategy in our slide deck “Re Building Britain “.  This has been adopted by Grassroots for Europe and a number of other large pro EU institutions including the Federal Trust and the originators of the FBPE hashtag.

We will build a full-time professional movement with the aim of breaking the deadlock of “dead cat” Brexit politics: 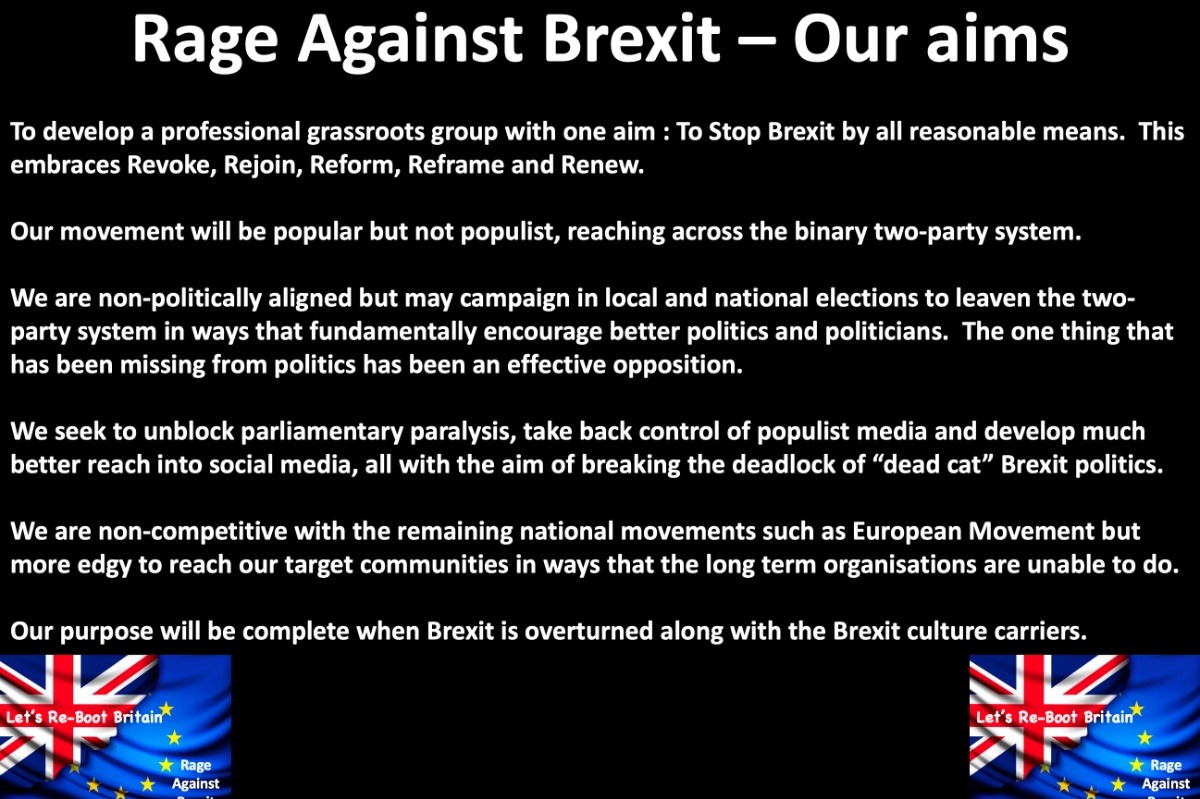 We merely had our “Chamberlain moment” on 31.01.20 plus some time spent in a gulag (fridge). But Brexit is a political process and the law is merely a servant to the politicians.

1. Gina Miller’s Supreme Court Case
2. The Cooper No Deal amendment
3. Pro-rogation
4. The 6 million petition
… and so on.  Our Government is beyond the law and thus we must work on political will via the three levels of activity.

Is it too late?

It’s never too late to rectify political mistakes. The longer we go on, the more people forget and the more damage will be done, some of it irreversible. We must act to protect our children’s futures.

What will you do with the money?

We will hire a small organisation – A PA, fundraising team, professional web platform and so on.  Also allocate some of the funds to support our full time input.  Voluntary activity is fine but we need full time professional help to be agile and able to react.  I am prepared to set my work aside to do this but I also need to live.

Oh, no, not another anti Brexit movement? 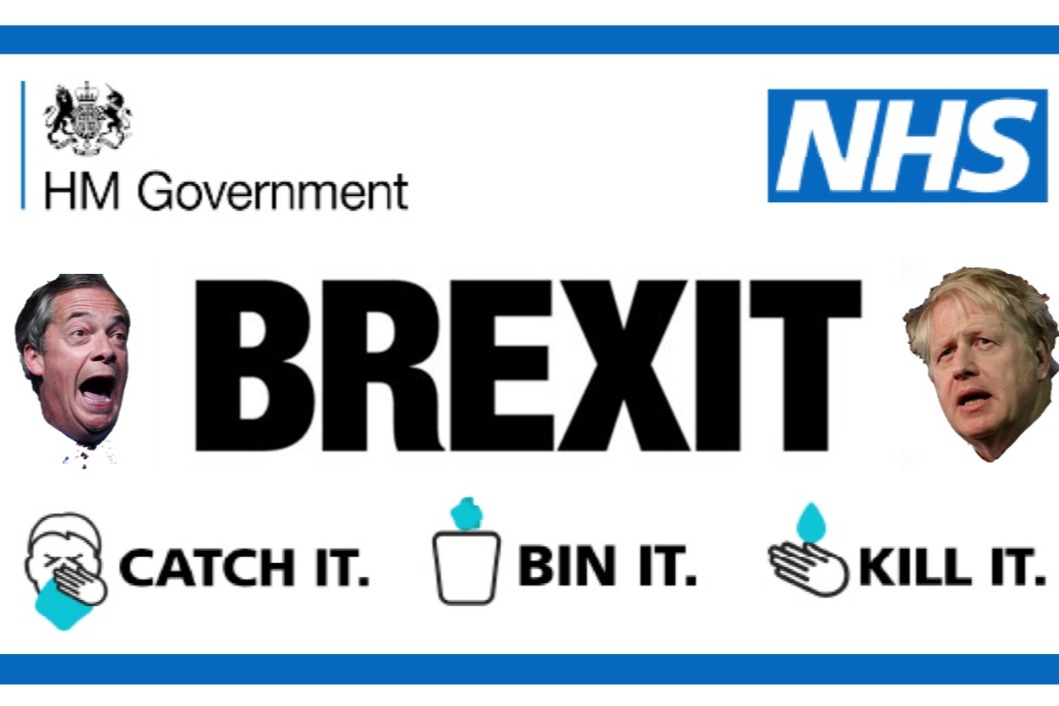 I am an unusual mix of scientist, business academic and musician.  I lead the Rage Against The Brexit Machine project, having written three books and three albums of anti-Brexit protest songs and got one of them to Number One on the Amazon chart.  “Brexorcist in Chief” for Mid Kent 4 EU, I gained two black eyes for daring to ask difficult questions of angry leave voters and was arrested by Essex Police for driving a Mini Cooper with the words “B*llocks to Brexit”.  I also stood a stuffed cat in the 2019 General Election which did not come last in the ratings !!

For nearly six years I have acted to dispel the illusions of Brexit.  At 64 I consider that a fitting epitaph for my life would be the destruction of Brexit populism for the sake of future generations.  I wrote a requiem for Brexit on 31 January 2020 and it explains why this matters better than words can manage: