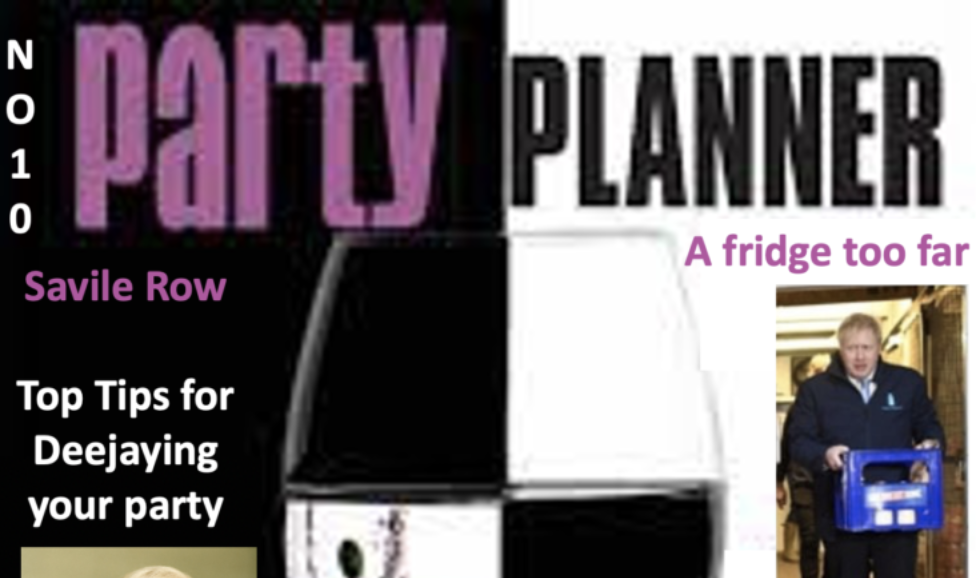 In our latest spoof Brexit Party Special magazine, we offer a feature on the Brexit aka Conservative Party. The Party to end all tomorrow’s parties. Since real life and satire are virtually indistinguishable, we have to offer a FACT and FICTION checker to help readers tell the difference!!

FACT : Games were played at the parties that did not happen. Including Bojopoly, COVID Cluedo and Levelling up – a game of false promises and cronyism.

FICTION : Jimmy Savile did not DJ the Abba party at No 10 due to being dead. More importantly and in spite of Johnson’s accusations in Parliament, Keir Starmer did not acquit Jimmy Savile. That was a lie by Johnson. Even Daily Mail readers have branded Johnson a “pound shop Trump” for his remarks about Keir Starmer.

FACT : We do not need Sue Gray or The Metropolitan Police to tell us if Johnson broke the rules. He has admitted it. He broke the ministerial code by compulsive lying. He will probably have to go even though that probably means he ducks responsibility for Brexit. Johnson escapes every time. The reason that Johnson is still there is that the ERG cannot agree on a successor.

FACT : Changing the leader does not change the underlying problem. The problem is Brexit which continues to consume livelihoods across the UK.

FACT : Just some of the recent Brexit effects include : Meltdown of the administration in Northern Ireland due to the deal which Boris Johnson and the DUP signed; The Telegraph has reported on Boris’ Brexit Betrayal; UK Science loses its position of influence in Europe; Nestle has closed its sweet factory in Newcastle; Brexit continues to cause unprecedented queues at Dover. These are likely to be extended when Brexit is fully done in July and Britain is done for.

FACT : Johnson needs more dead cats to distract people from Brexit Carnage and Partygate. War in Ukraine. A return of the troubles in Northern Ireland. Photo opportunities on buses? Who knows what levels Johnson will sink to, in order to distract from his bankrupt leadership?

FACT : Although The Conservatives won the by-election in Southend, turnout was at an all time low with more than 1000 spoilt ballot papers, in spite of this being a test of support for David Amiss. With just 24% turnout (down 43.4%) and no other parties standing this is a Britastrophe. The Johnson effect continues its rampage through Brexit Britain. A veteran activist said that the Conservatives had been “met with a wall of disapproval such that they have never had before in 25 years of doing this.”