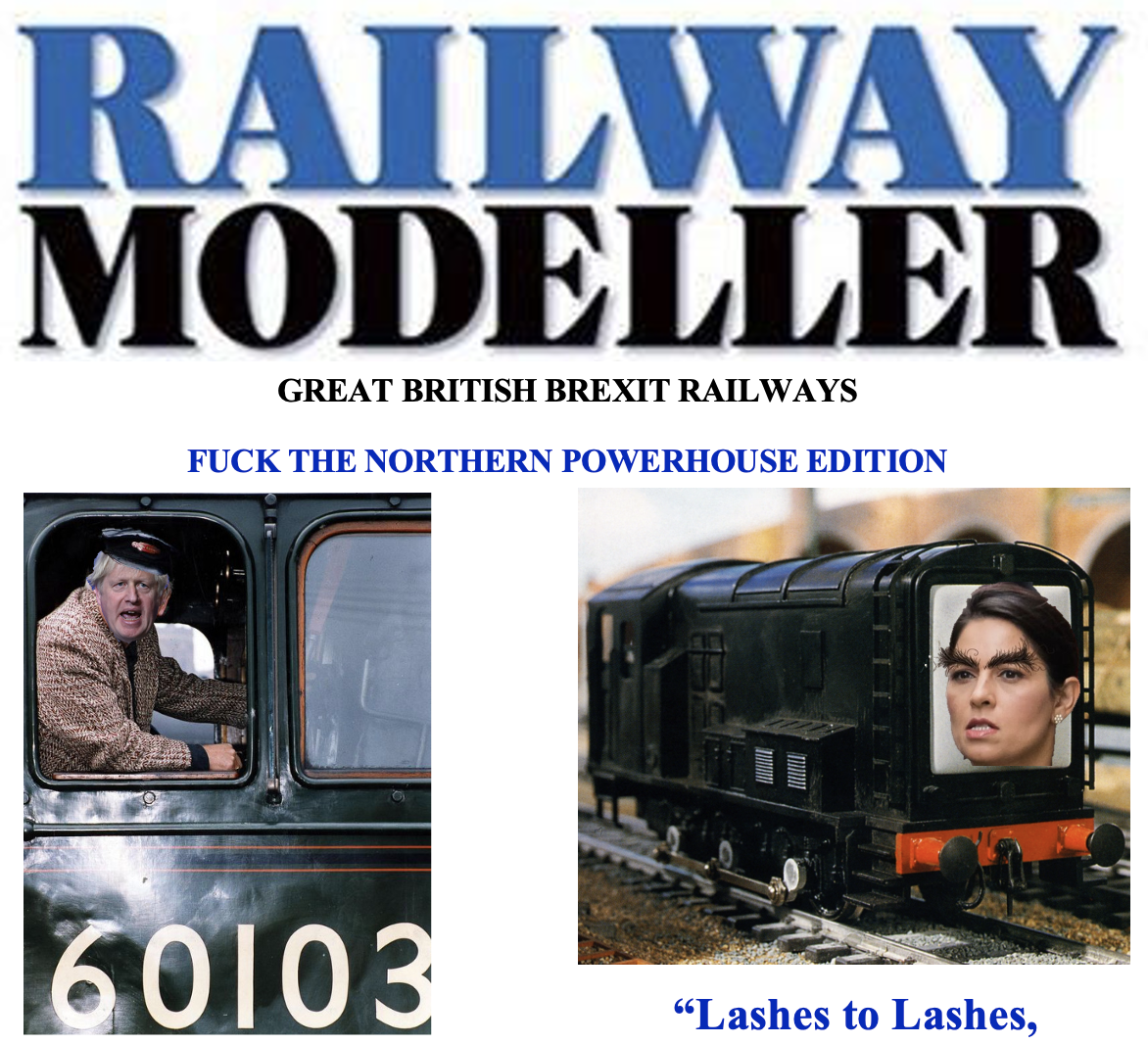 Here’s our latest piece of satire, based on the familiar railway magazine beloved of Boris Johnson when he is not painting Brexit buses:

Read The Financial Times to follow the story of Johnson’s U Turn on the Northern Powerhouse. Some trainspotting notes:

The Diesel in Thomas the Tank Engine was known to be the most belligerent, paranoid, devious and neurotic engine on the SODOR railway. Fitting then that Priti Patel should take the footplate with her £77 000 lashes.

Jennifer Arcuri reported that Boris Johnson offered to be the throttle to power her business. Was this an Alan Partridge metaphor?

Meanwhile, there will be no return to steam or diesel power on Britain’s rail network, as there won’t be a northern rail network. Another Johnson promise broken. If we really needed HS2, it was the part connecting the northern cities rather than the piece we have darn sarf, taking maybe 20 minutes off the journey time to London.

If you like this post please give us a tip on Patreon or Paypal. It takes considerable time to generate these pieces.