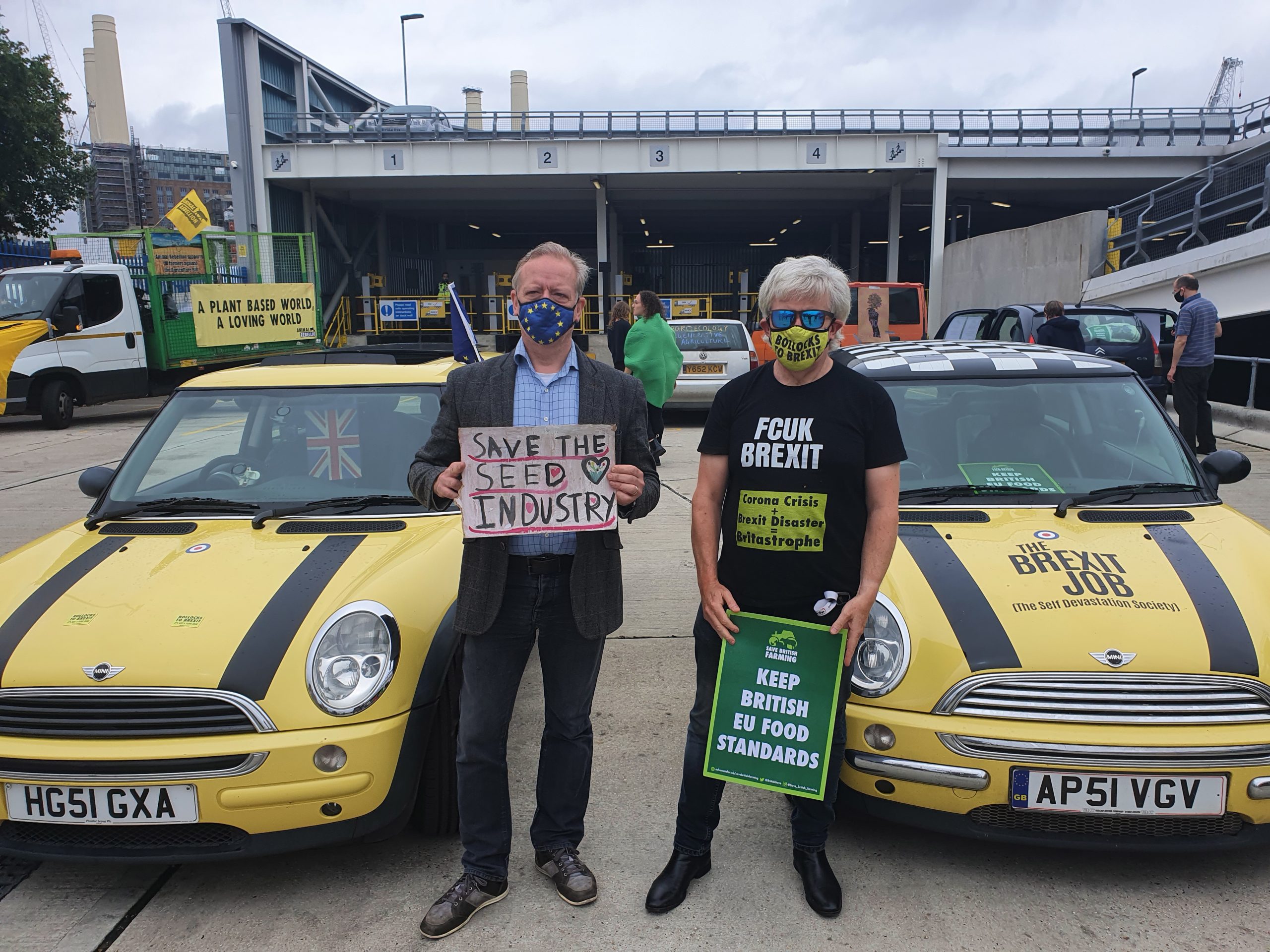 We were part of the farmer’s march in London yesterday.  I experienced the bizarre spectacle of following a load of vegetables who were marching on parliament to a load of … er … vegetables.  Our vegetables were fresh, alive, full of vitamins and so on, whereas the Westminster crop are genetically modified with its leader hormone infested …

See Farming Today for an account of our day in Parliament.

We also did a piece of media coverage about Dominic Cummings at his house in Islington for the Ham and High.   We spoke with one of his neighbours who demonstrated the “English condition” in terms of not wishing to speak ill of his neighbours.  Instead, he spoke of the Cummings child and how nice Mary Wakefield is.  I imagine people said the same of Eva Braun … “Englishness” is responsible for three losses – the referendum and two elections. Vote Leave did not have the same regard for the law or everything in moderation. We must not copy Vote Leave but we must better them.

We next move on to the West Country at the weekend.  Starting early on Saturday am, we will visit Stonehenge at sunrise for photos, then on to Salisbury, Blandford Forum and Dorchester.  Then a tour of the Dorset coast – Bournemouth, Poole, Weymouth etc.

On Sunday we head to Wiltshire with places like Cricklade, Devizes, Chippenham and Swindon in mind.

If you wish to host the car with a static or mobile pop up event, please call me to arrange 07725 927585. We will perform some music in each location.