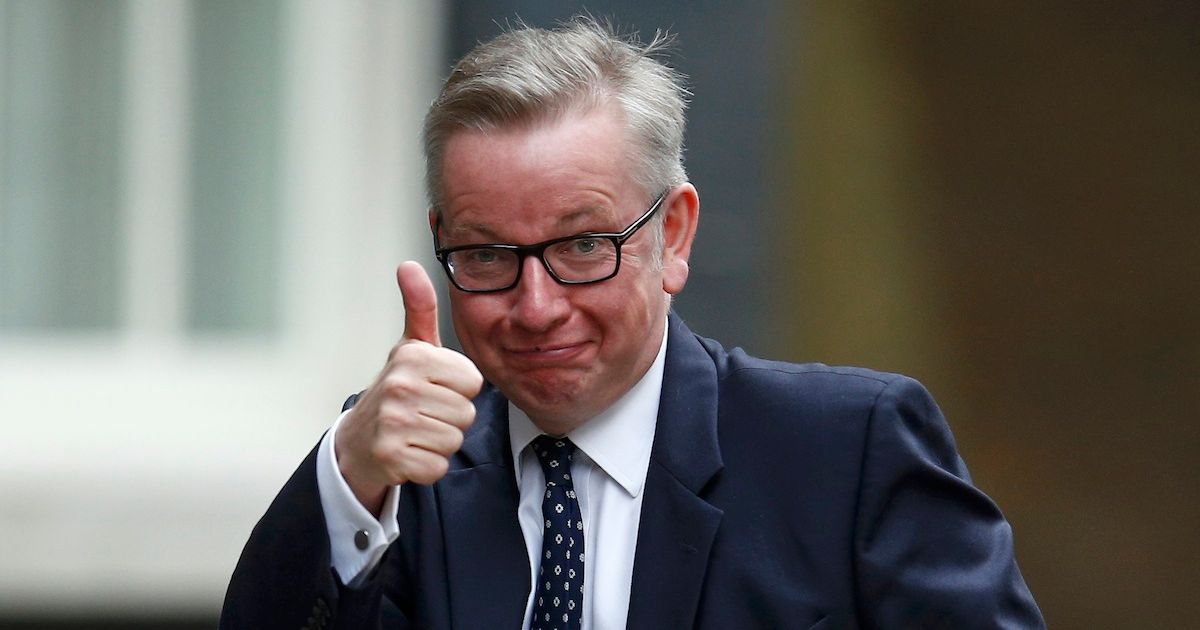 Michael Gove is a slippery customer. Here is one of his latest lies about progress, or lack of it, in GOVErnment negotiations with the EU for a trade deal:

“The terms on which Canada and the EU waive tariffs on each other’s goods is all we seek. That’s what the EU said it would offer us but at the eleventh hour it seems the bloc won’t take yes for an answer.”

No, Michael you have have forgotten important details!

In the Political Declaration accompanying the Withdrawal Agreement, the PM agreed that a level playing field should form part of any new trade agreement. At that point, the EU were willing to offer a Canada style agreement. After the 2019 General Election, Johnson went back on his undertaking. It was then, as a direct reaction to that broken promise, that the offer of a Canada style agreement was withdrawn.

This did not come out of the blue at the 11th hour, as Gove dishonestly suggests.

Why is a level playing field important? Because it guarantees fair competition between companies, free from distortion created by national barriers and unfair advantages.  This  is shown clearly in the key issue of disagreement in the  negotiations – state subsidies to industry, where propping up failing firms or attracting foreign investment is at stake. In the latter case, there is great temptation for governments to bribe international companies to establish themselves in their countries, particularly where access to a market of big as the EU is involved. That is why such bribes are forbidden under EU law, except for regional development in poorer areas, under common rules.

The UK position is to refuse to abide by the same rules as the EU, arguing that this is a breach of sovereignty. But in reality we are demanding the freedom to offer unlimited investment subsidies, a huge  advantage over the EU members which we did not  possess before we left.  Obviously, the 27 EU states would be out of their mind to allow this !

The UK side often complains that the EU’s level playing field is stricter than the terms in the EU/Canada Agreement. There is some truth in this. It is justified because the UK is a much larger industrial power than Canada and, even more importantly, it is on the EU’s doorstep. Where foreign investment is involved, for example, an Indian company is unlikely to invest in Canada in order to take advantage of free trade under the EU/Canada agreement. The situation is very different with an EU/UK deal, as our success in attracting foreign investment as a result of  EU membership proved over the last 40 years.

A Canada deal cannot be “cut and pasted” over to Britain. The levels of trade are different. Our proximity to Europe, with intention to undermine standards, means that the comparison is simply invalid.

Unless our country reverts to negotiating honestly and reasonably  with our neighbours, we can expect little more than No Deal, with all the misery which it will bring.

Say NO to GOVErnment!

Say No to politicians who break the law