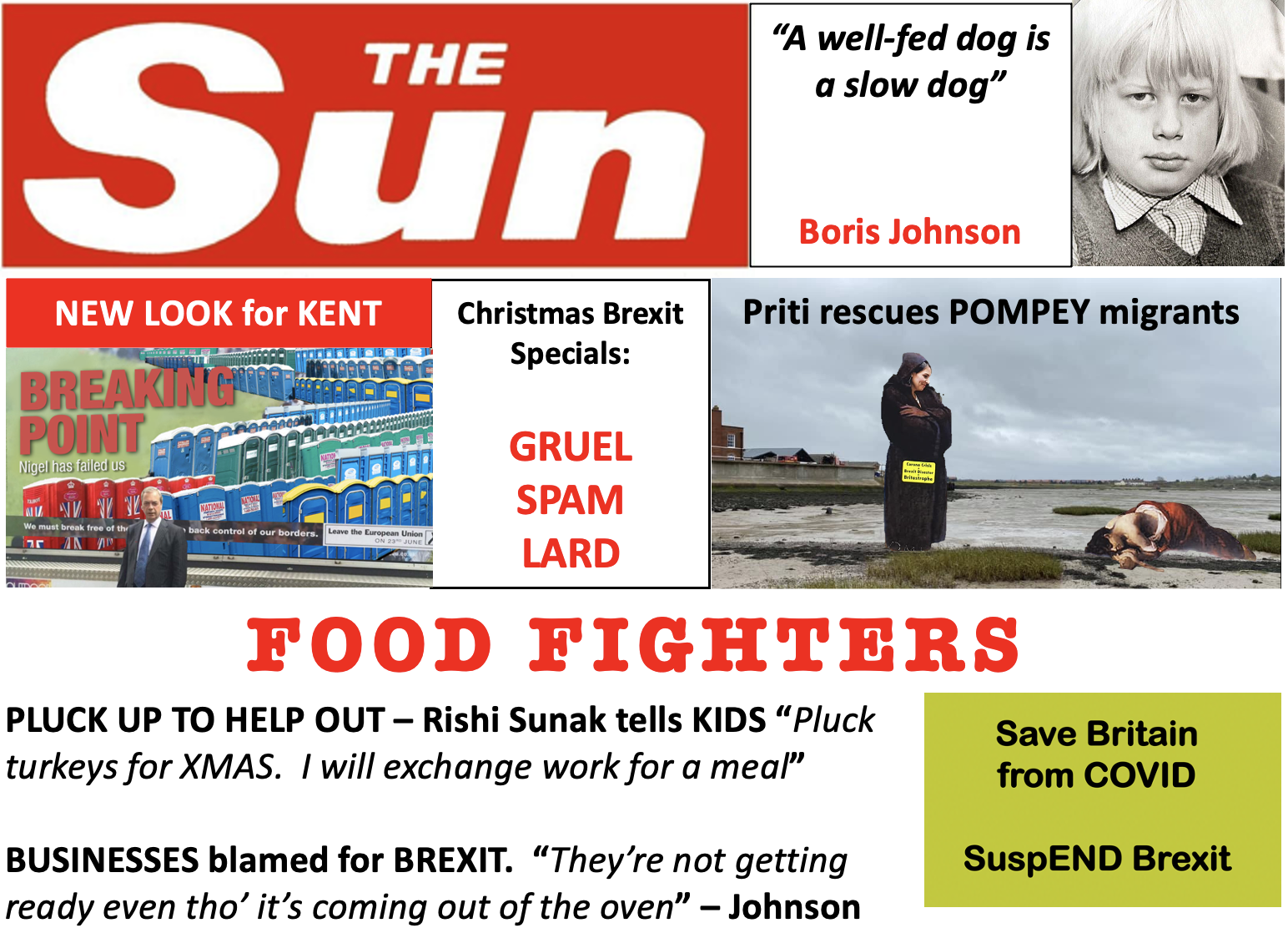 The recent announcements from Boris Johnson’s Government indicate that Dominic Cummings‘ “Shock and Awe” campaign is in full swing to subjugate us into accepting Brexit under the safe umbrella of COVID crisis for a 2021 “Britastrophe“. Here’s what “The Sun” has to say about shock and awe:

In cased you doubt some of these satirical headlines, here are the links to the base stories behind the Government’s cynical shock and awe campaign to bludgeon us into accepting any kind of Brexit deal.

It is well-known in personal situations, that people who are confused or frightened tend to accept any kind of advice that is given to them. This is why counsellors do not offer advice. The campaign by the Government is designed to gaslight us into a state of terror, where we will accept almost anything they choose to do. There is no way back from such policies and Dominic Cummings’ guidance comes directly from the tactics of Nazi Germany. I predict that Britain will be in a state of war with itself by mid winter 2021 under the combined effects of Corona + Brexit. We cannot rid ourselves of Corona, especially since Government actions are specifically designed to cause more deaths than necessary. However, we can rid ourselves of Brexit, to properly focus on the disease. Take action today using the actions below.

2 thoughts on “Shock and Awe”