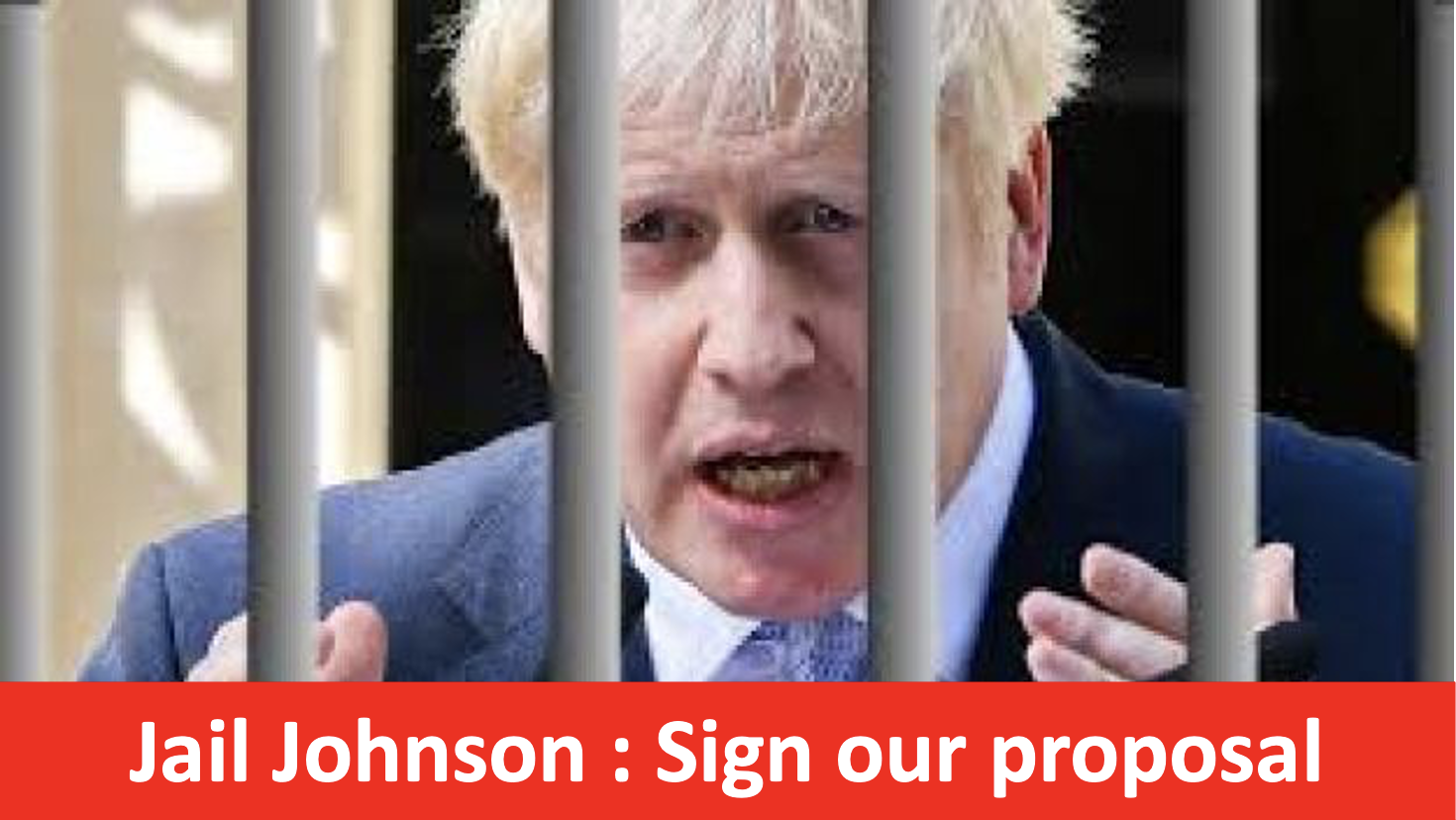 Professor Joshua Silver and Peter Cook don’t just want to see Boris Johnson step down as Prime Minister.  They plan to prosecutive him for his “crimes of passion”.  In other words, crimes Johnson committed from his “crocodile brain / limbic system / shopping trolley” rather than from any form of intelligent analysis and Churchillian decision-making that would befit a head of state. We want to see him prosecuted and jailed for his crimes. Click here to help.

Joshua and Peter’s proposal stems from several concerns they share, to name a few:

If we succeed, it will be the first time that the people have prosecuted a Prime Minister. This is not a pipedream. It is a well-researched project that could succeed, with sufficient backing.

Sign, Share across all social media.  E-mail or message at least 10 people and ask them to do the same.  Deliver us from Johnson. Click on the image and / or the press release to Jail Johnson.