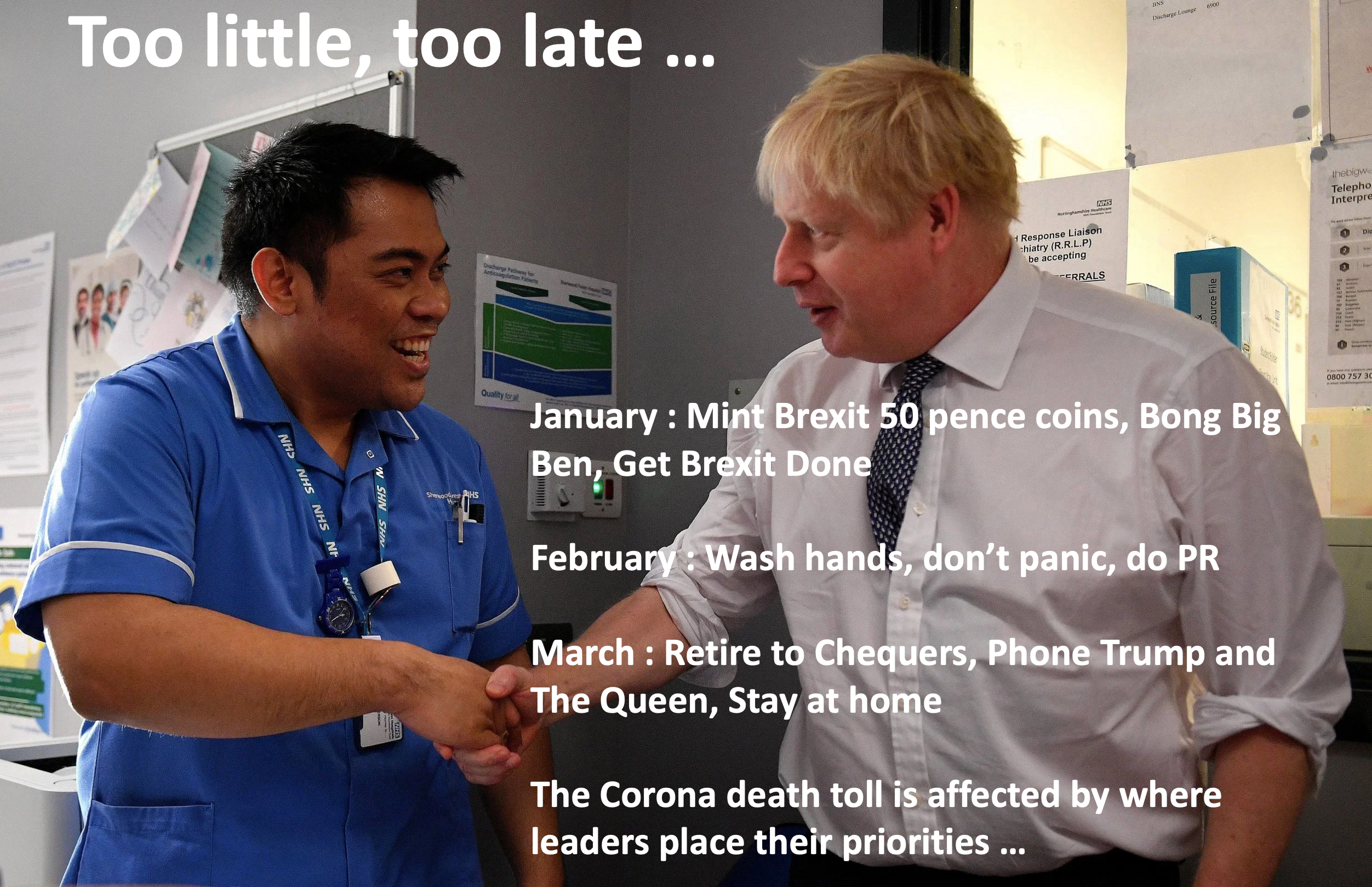 The Lies Have It

During heated exchanges with Sir Keir Starmer in the Commons this week about remaining in the EU Medicines Agency, Boris Johnson  claimed  that this would have slowed our vaccination programme.  Afterwards, Starmer is said to have  accused Johnson of lying as they spoke at the entrance to the “Aye” lobby but later apologised.

If that was all that took place, there was no need whatsoever for an apology. Johnson was lying as usual. If we were still in the EU, we would have been entitled under the  Agency’s rules, to carry out our vaccination program precisely as we did . This is yet another case of our prime minister making lying propaganda at every possible opportunity.

Britain can be rightly proud of its achievement with the vaccine rollout. This, however, was due to the expertise, efficient planning  and hard work of the scientists and administrators involved, and no thanks whatsoever to the politicians. For weeks since the need was identified to tighten up the quarantine system and tracing of entrants to  the UK, Johnson has dithered. Meanwhile entrants potentially infected by new virus strains are circulating more or less unchecked whilst hotels  waiting to receive them lie empty. A junior minister is left to blather helplessly in defence oft his master’s incompetence. More than an apology will be required from Johnson if  because of  his dithering the lockdown has to be extended and lives are lost as in the past.

Write to your MP to raise the matter of lying.