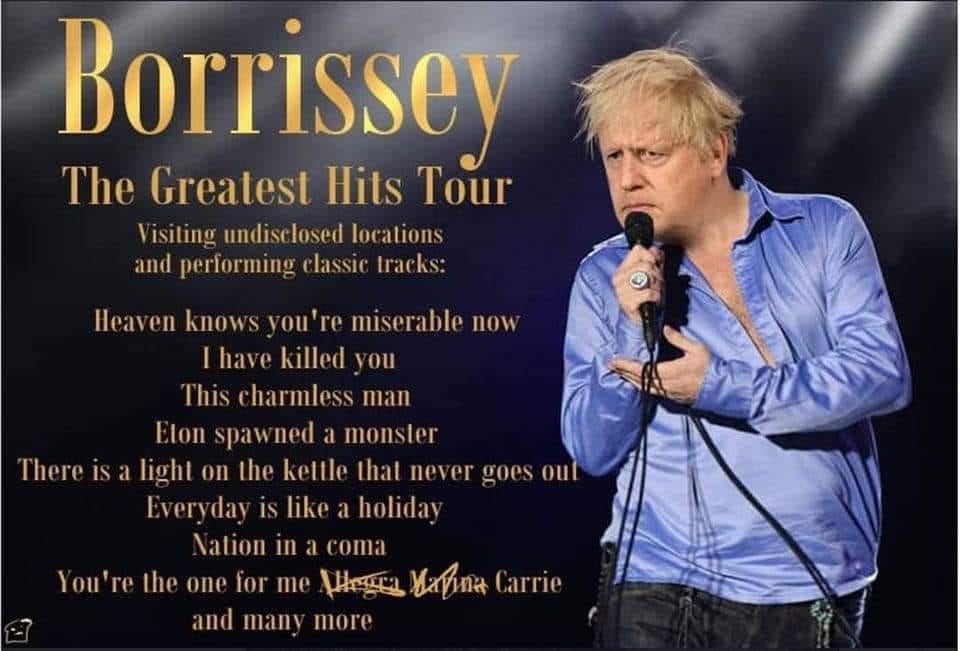 Some cold unemotional analysis for Remainers and Rejoiners who are hard of thinking. If we accept :

1. That all the Tory candidates are essentially the same in terms of their short term impact on the economy (shades of badness etc.). Morduant is another ERG puppet and Rishi is mistrusted by ERG because he is a prudent brown economist by TP members, having shown his credentials already.

2. That the next Brexit / Kwasi Recession is more or less “baked in”, thus the impact of leadership in the next few months has an NPV of zero. So the choice of leader is an irrelevant issue in ‘accountancy’ terms. Note that Liz Truss’s departure did nothing to the value of the pound. The city is not fooled by replacement headstones.

Then we move on to the next level of analysis. Which leader is worst for the Tories and Brexit?

1. If Boris loses, he loses any opportunity to return to politics. There would be no need for a judicial review etc. It’s a slam dunk success. This is probably why he’s hesitating as he is not a losing kind of guy.

2. If Boris wins, a new bloodbath will open up in the Tory party – with those who wrote letters resigning, writing more letters and so on and members leaving. Roger Gale has already written his letter!!

None of the above appears to be apparent to most Remainers / Rejoiners who are gaslit by the Johnson persona and his sins. We must set that aside. If Johnson gets elected, it will be tragic for the Tories and the Brexit bubble will be popped, like a very nasty boil.

Cold analysis is far more important than hot emotional reactions to the ghost of Johnson. Think about it. Put your head before your hedonic response.

The best outcomes at this time re Tory destruction are in order of desirability:

1. A General Election – However, I don’t yet see the mechanism for this, as the English don’t riot. The Tory argument that they were elected may well stand unless it faces significant parliamentary and public pressure. This, however is why we wrote the letter to King Charles. Now the Remainers are complaining about that for a host of bizarre reasons.

2. Boris wins – Vote of No Confidence, resignations and more mayhem.

3. Boris loses – they limp on with another lame duck.