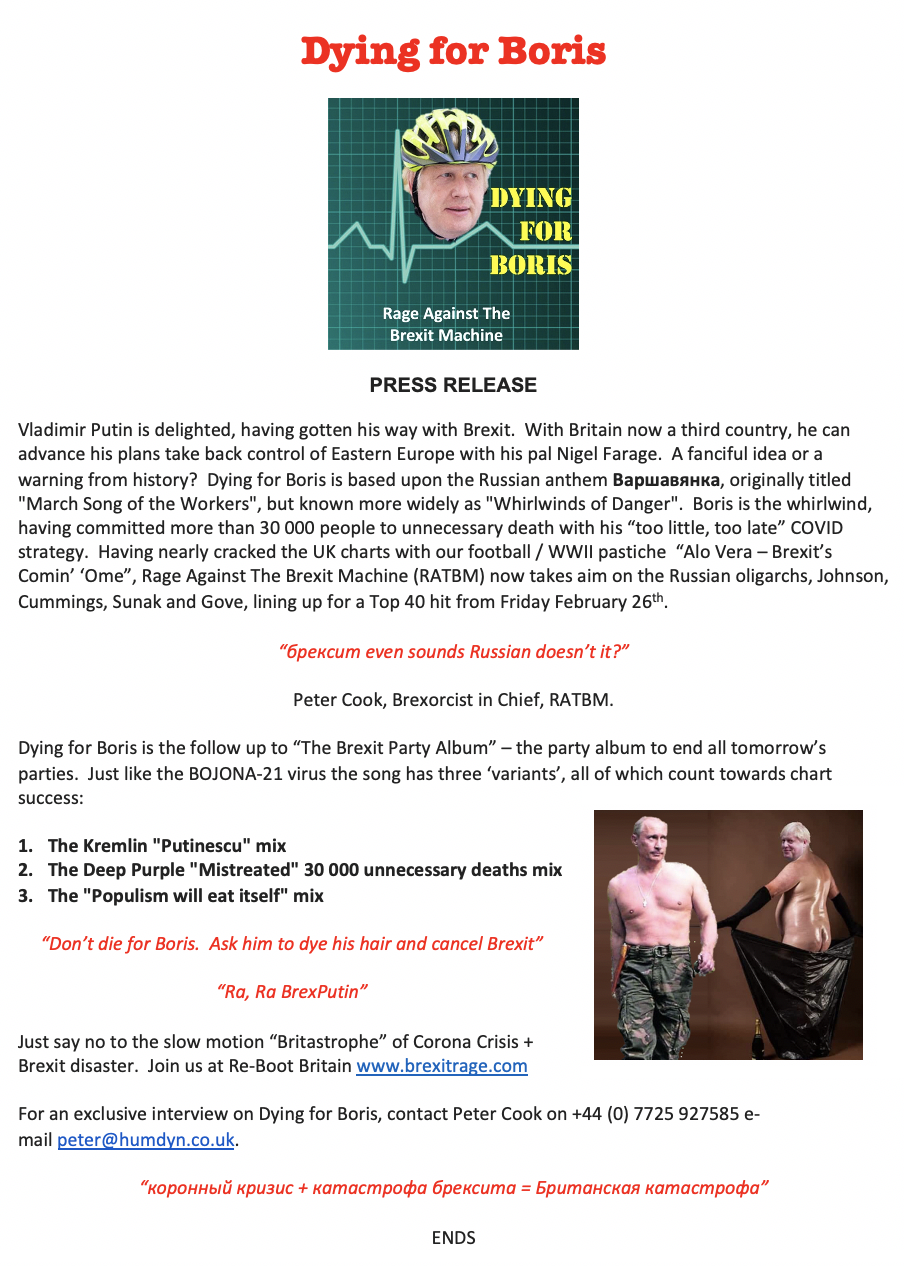 Friday 26 February marks the date for the release of a three track mini album entitled “Dying for Boris”. We aim to chart the song for the following week, to reach populist media with the story about the toxic combination of Corona + Brexit, Russian interference and a host of other issues. To do this, we and need multiple downloads of all three song versions of Dying for Boris, in the same way that we succeeded in getting “Comin over ere” and “Boris Johnson’s a fu…king c..nt” to number one at Christmas. Please download all three versions of the song on all platforms. All downloads count towards chart success. Here are all the options to buy the song:

Vladimir Putin is delighted, having gotten his way with Brexit. With Britain now a third country, he can advance his plans take back control of Eastern Europe with his pal Nigel Farage. A fanciful idea or a warning from history? Dying for Boris is based upon the Russian anthem Варшавянка, originally titled “March Song of the Workers”, but known more widely as “Whirlwinds of Danger”. Boris is the whirlwind, having committed more than 30 000 people to unnecessary death with his “too little, too late” COVID strategy.

“брексит even sounds Russian doesn’t it?”

“Dying for Boris” is the follow up to “The Brexit Party Album” – the party album to end all tomorrow’s parties. Just like the BOJONA-21 virus the song has three ‘variants’, all of which count towards chart success:

3. The “Populism will eat itself” mix

GIFT the song to MPs on iTunes

GIFT the song to your Vote Leave friends

Order multiple copies on all platforms

Here is a sample of the song on You Tube. Please note that watching the video does NOT count towards chart success. Downloads and Streams are needed – 150 streams per download.

For an exclusive interview on “Dying for Boris”, contact Peter Cook peter@academy-of-rock.co.uk