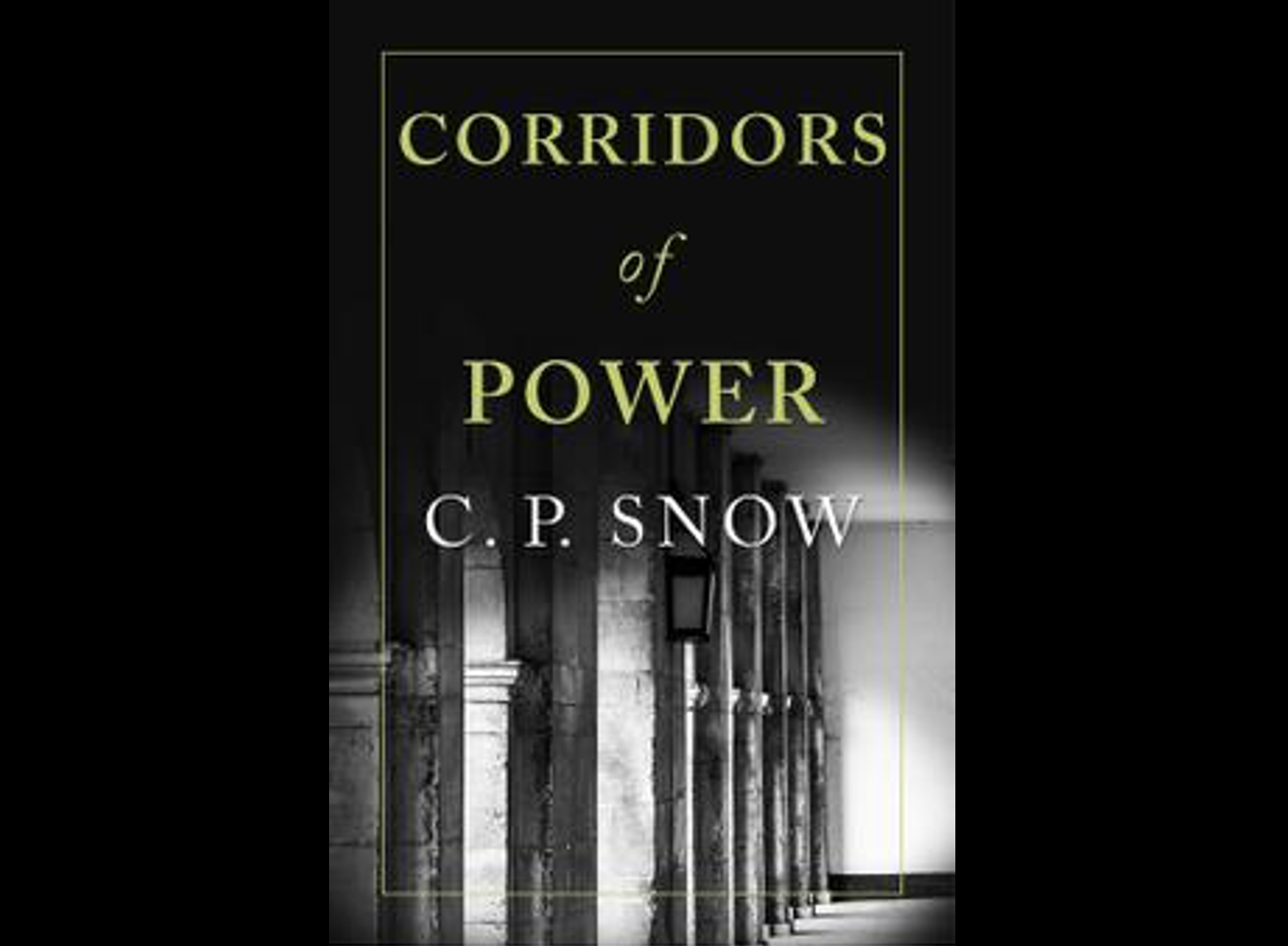 If we want to affect parliamentary paralysis in the corridors of power, we need to learn the gentle art of influence and persuasion. I wrote an article on the topic just recently. Please read it here.

What follows below is a superb example of the principles discussed in the article and the book. It was written by Paul Bowers, one of our colleagues at Re-Boot Britain. Paul has worked inside the parliamentary system for many years. He understands how people may speak truth to power and be heard. To those who say that there’s no point writing letters to MPs, think again.

Join us at our next Re-Boot Britain induction session

You wrote in the Times, 26 December 2020, of divisions and ugliness caused or exacerbated by Brexit, expressing hope that the UK will be animated by a spirit of common endeavour moving forward, its politics reaching a better place.

As a supporter of the UK’s membership of the European Union, I wish to explain why I cannot move on – or rather, from what I must not move on – and why I do not anticipate others doing so.

It may interest you to know that I worked in the House of Commons Library from 1991 to 2018. From Maastricht until 2005 I specialised in foreign affairs, observing political developments in other parts of the world which often implicated the ebb and flow of democracy: from hope in post-Soviet Eastern Europe or the end of apartheid, through calamity in the Balkans, genocide in Rwanda and on to the world of 9/11 and the Iraq War. In more recent years, I specialised in UK constitutional matters. Like everyone else, I was disturbed by the scenes in the US Capitol this week, and by China’s suppression of the Hong Kong democracy movement. The fragility of what we hold dear is apparent throughout recent history.

The special tinge that makes Brexit different from other UK political issues derives from the damage to democracy on which it depended and which it advances. We are ill-advised to take this lightly. While some argue that we can never go back to 2015, I would suggest that we must go back. Back to relatively low levels of corruption, back to respect for the rule of law, back to a sophisticated understanding of democracy as a range of factors through which balanced outcomes in the national interest occur.

In one sense, we have all moved on: from EU citizenship, the rights and freedoms we enjoyed, to a period of economic challenge, and international concern. You will have seen at New Year mocking cartoons from New Zealand, pained journalism from Germany and the USA.

We have moved on to a new reality.

But we should not move on from analysis of that reality.

The referendum was advisory. About 37% of the electorate, 26% of the population, voted to leave. Support was pocketed around the UK, geographically and demographically. London, the capital, with about one eighth of the UK population producing about one fifth of GDP, voted against. Scotland and Northern Ireland, separate constitutional units, voted against. So did the young, and the educated.

Do other voters not matter? Of course they do.

But it is wrong to say that there existed a consensus adequate for a change in national destiny of this magnitude.

The referendum result was unlawfully procured. Vote Leave and Leave.EU were fined by the Electoral Commission for breaking campaign finance rules. The Culture, Media and Sport Committee reported in July 2018 that Arron Banks, believed to have made the largest political donation in British history to Leave campaigners, failed to satisfy them that his funding came from the UK, and that he had close links to the Russian Government. In addition to concerns over Russian money and connections, Russian interference in social media was rife throughout the Brexit period. The Information Commissioner fined a variety of organisations associated with the Leave campaign for breaches of data law. There is evidence that the shift in opinion from a majority for Remain to a majority for Leave just before the referendum correlated with targeted advertising based on unlawfully harvested data, the latter leading to a very substantial fine on Facebook.

In February 2019 Prime Minister Theresa May’s barrister, Sir James Eadie QC, conceded that the referendum met the threshold for illegality and that, had it been binding there would have been a statutory legal mechanism by which it would be annulled. It is disturbing that a British Prime Minister chose to push forward with a policy that was damaging to the economy and the UK’s standing in the world when she knew it was based on corruption.

In my view, cleansing this corruption from British politics should have been the consuming interest of Parliament and Government in the last four years. Instead, it has been placed at the heart, and around it an abscess has formed. The referendum must not be “respected”. Subsequent general elections argued to support Brexit would not have happened without the referendum.

Other states joining the European Union have done so after tragedy and oppression: war, occupation, tyranny. The original members after World War II, Spain and Portugal after domestic fascism, the former Soviet satellites. All joined swiftly to entrench liberty. Perhaps the UK’s attitude to the EU was born of complacency. We saw it in purely economic terms, because that was our purpose in joining.

Today, we in the UK have our time of darkness.

Brexit, under two Conservative Governments, with Farage in the wings, and a Labour Party too divided to oppose, finally endorsing the Government’s 4% reduction of GDP, isolationism and reduction of rights, has brought us far from the democracy I served. As a colleague said in 2016, “things that used to be unthinkable are happening. What are they thinking now?”

A trajectory of decline has indeed played out, each outrage grounding the next.

A referendum that side-lined devolution. The advisory becoming peremptory. Parliament endorsing a corrupt exercise, with senior MPs confessing that they knew what they were doing would harm their constituents, but they would do it anyway. The spike in hate crimes after the referendum. EU nationals being forced to apply for the right to stay in their homes. A Prime Minister trying to action Article 50 without authorisation, then wasting public money contesting an unwinnable court case. The press describing judges as enemies of the people for upholding the law. The Justice Secretary late to defend them. Brexiteer MPs bellowing abuse across the Chamber at those daring to suggest that democracy did not end on 23 June 2016. The Government attempting a breach of procedure to hold a vote on a matter twice, cornering the Speaker into blocking the move, then directing anger against him. MPs being harassed and jostled on their way to Parliament, subject to death threats and presented by the Prime Minister as standing against her and the public. Unlawful suspension of Parliament. Threats to limit judicial review of ministerial excess. Legislation to put the Executive above the law.

The Internal Market Bill was the most disturbing. In my career I lost count of how many times Conservatives cited Magna Carta and the Bill of Rights, important foundations of the principle that the Executive is subject to the law. A Conservative-dominated Parliament legislated to contravene that principle.

Indeed, there seems no principle that Brexiteers are unwilling to jettison in service of their aim. When Parliament’s role in authorising the Article 50 notice was asserted, they decried the very parliamentary sovereignty they so often prayed in aid against the EU.

Since 1 January 2021 we have seen a strategy of lies from the UK Government, consistent with that encouraged in local Conservative association literature. This includes the claim that freeports are possible as a result of Brexit, when they exist in the EU, and the UK had them until 2012. It appears that the Government delayed decisions to end pulse fishing and the “tampon tax” so that it could announce them on 1 January and falsely claim that this was possible only as a result of Brexit.

Perhaps most galling of all: the Prime Minister’s pretence that he would countenance “no deal” in order to encourage the view that the Trade and Cooperation Agreement is better. The comparison is not with WTO terms, which we did not have with the EU. It is with membership, which outclassed his shoddy package. Already unravelling, we see online retailers unwilling to sell to UK consumers, fishing communities enraged by betrayal, their sovereignty rotting on the quayside, hauliers bypassing us, and staggering amounts of financial business fleeing to the Continent.

Strategic lying is the stuff of totalitarianism. Designed to jeopardise confidence in truth, it makes a people supple for manipulation. It is the latest stage in our decline. A free society cannot be expected to embrace such diminishment.

I cannot move on from a division from the truth.

Learn the gentle art of influence and persuasion

A book on influence and persuasion specifically applied to difficult conversations on Brexit. Click the image to buy on Amazon.