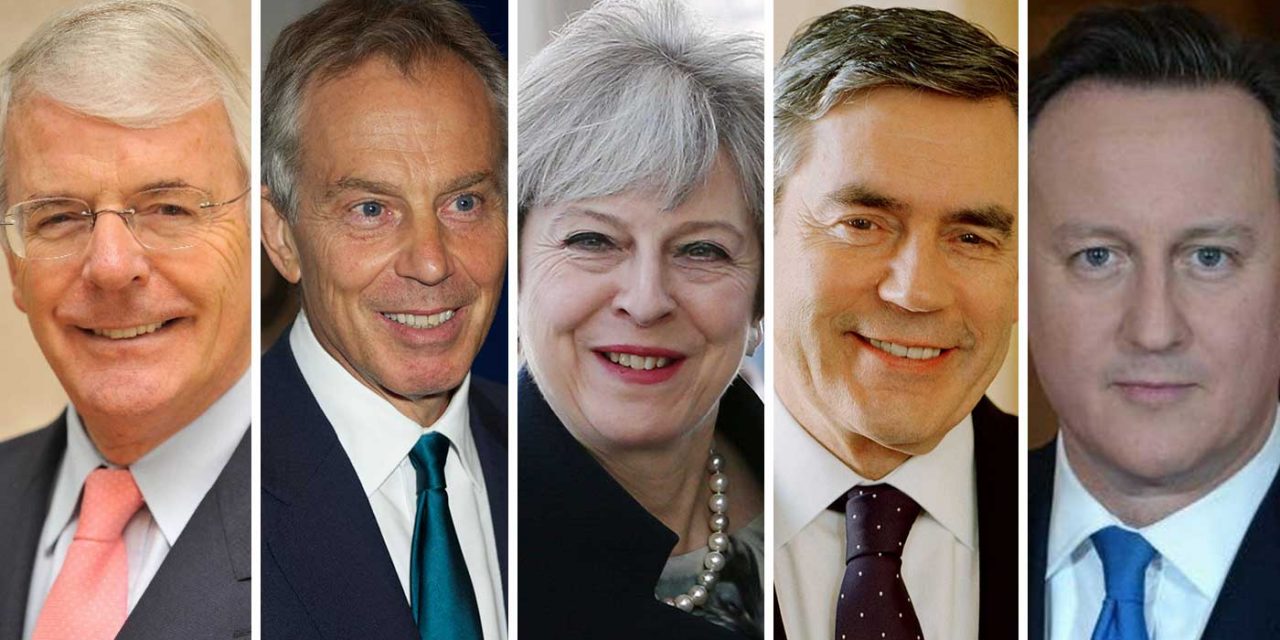 Can all our previous Prime Ministers be wrong about Brexit? Please watch as leaders unite against Brexit. Learn and then share with MPs to wake them up. Sir John Major’s speech is well worth 30 minutes of your time to start with:

John Major, Tony Blair, Gordon Brown, David Cameron and even Theresa May … Almost nothing unites these five people, apart from the fact each were once the UK’s head of government. Three Tories and Two Labour. Many of them stood against each other in General Elections. But all of them have now spoken out against Brexit. Even if it’s to save their own face. But if Brexit is so bad that every single living British Prime Minister speaks out against it … Then it’s obvious that Brexit is a bad idea. And that the UK’s current government is being run by the very worst of politicians.

For comparison this is our PM demonstrating his skills of oratory and principled leadership:

Thank you to A Peace of Europe for their help with this article.

3 thoughts on “Leaders Unite Against Brexit”