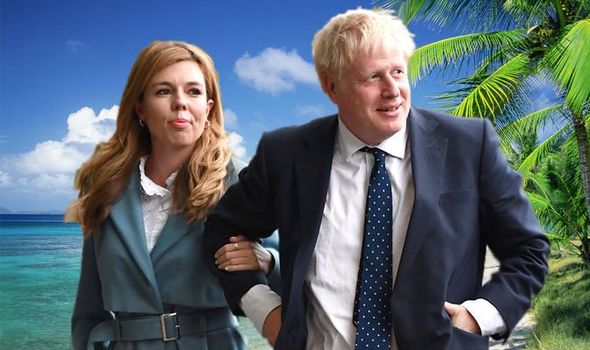 As Christmas comes, it is traditional to think of others rather than Looking after No 1. Selfishness or Looking after No 1 gave us Brexit. So, it warms my heart to discover that Dominic Cummings has taken a £45 000 pay rise. I imagine that this is a bonus for Dom’s “leadership” in breaking lockdown rules, by driving 500 miles to take an eyesight test. This, while Boris Johnson asks public sector workers to take a pay freeze. Yes, Dom deserves is £45 000 and the nurses, doctors, carers, council workers et al deserve nothing at all. Looking after No 1 really works.

It’s even more gratifying to learn that Jacob Rees-Mogg, Minister for the 18th Century, has condemned UNICEF’s attempt look after others, after they tried to help the world’s most vulnerable children. I understand that Mr Mogg intends to start workhouses for these children rather than rely on handouts from damned charities.

As the COVID R rate for Britain rises to 1.1-1.2, it is heartwarming to learn that the virus does not visit Private schools. Eton College is closed but state schools remain open. I confidently predict that we are headed for another national lockdown to mask problems from “Getting Brexit Done”. Johnson may lack competence in many things but he is brilliant at Looking after No 1. Locking us down after Christmas and using the law to enforce the measures will ensure that people are unable or unwilling to protest or riot against Brexit.

Already, we have 20 mile queues in Kent on the roads. We are also told that the lorry parks promised by Kent County Council will not be ready for months, due to “unplanned rain”.

Devaluation of the truth

We have also been let inside the not so secret recipes of the Conservative Party recently. Wellingborough Conservative Party advise that sometimes it’s better to lie quickly rather than tell the truth slowly. Does that accord with you to get on in life as part of Looking after No 1?

Is self interest our default position?

Can we not do better than this?

Where is the opposition?

Keir Starmer appears to be following the lead of The Midwife of Brexit aka Jeremy Corbyn, by appearing to back a deal. There is no good Brexit deal and the will of the people has changed dramatically. At what point will he and Labour oppose the greatest disaster to face our children? When it’s too late?

Looking after No 1 demands that everything is always someone else’s fault. As expected, Johnson continues to blame the European Union for Brexit. I mean, it’s obvious:

All of the above is clearly the fault of The European Union and not the Conservative Party and those who were taken in my the lies. How could anyone think it was Britain that voted for Brexit?

Everywhere I work, people are puzzled about why we are still pursuing this and I did this explainer video for our American friends the other week:

Enjoy spending your sovereignty this Christmas

Looking after No 1 seems to be in vogue at this time. I am sure that karma will eventually kick in on this shower of liars, bullies and cheats. Britain was better than this … remember Live Aid?

Will the British people do the usual thing? To walk on by and ignore our sleepwalk into fascism? To moan about what happened AFTER it happened?

We can do better than this

Come out of the darkness

One thought on “Looking after No 1”