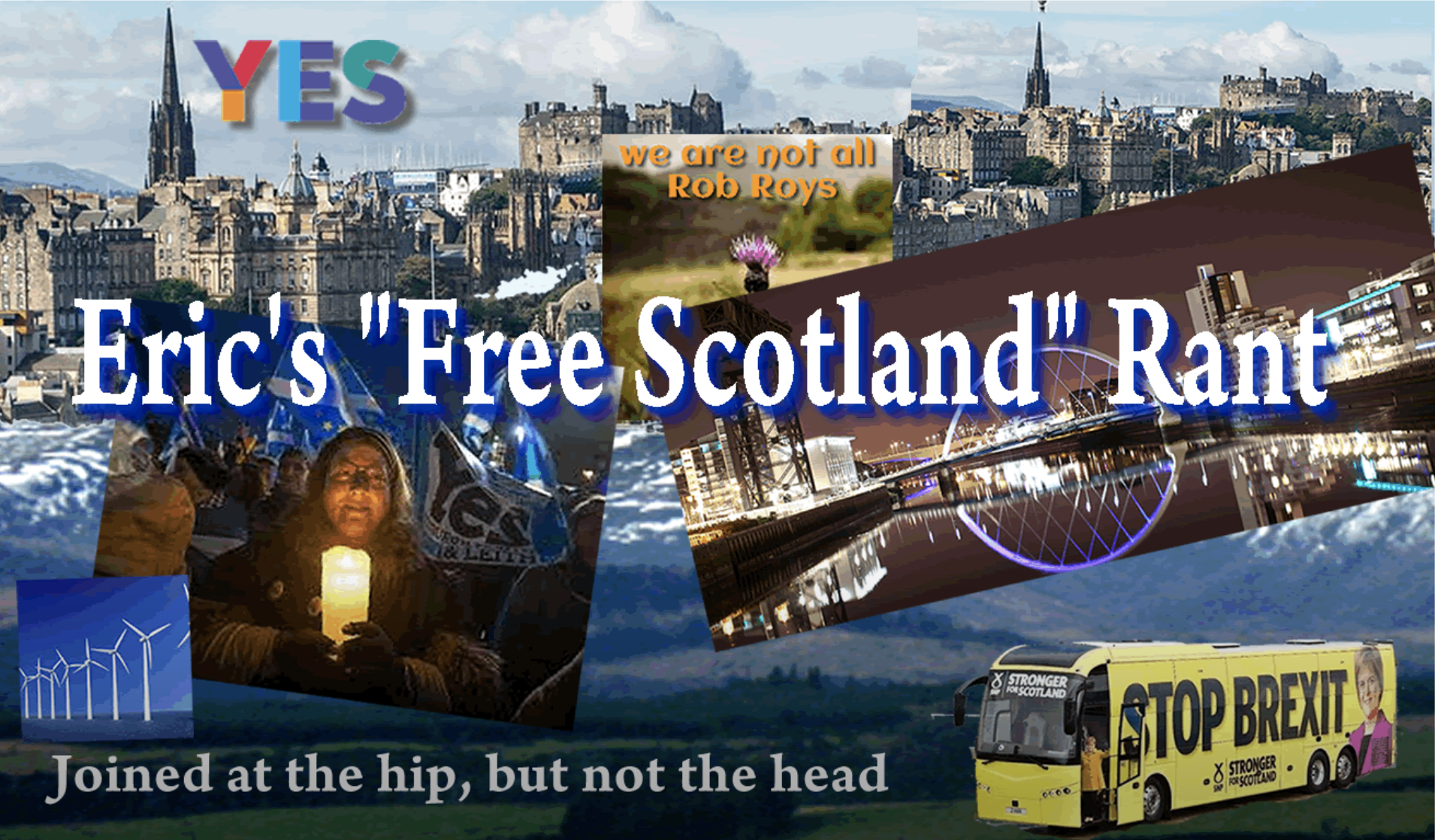 I am not Scottish but I support Scotland the Brave. Let me explain why. In 2014 I understood the problem of being 500 miles away from Westminster and being ignored, from conversations with Scottish friends. I used to point out that one did not need to be that far away to be ignored. Just 15 or 50 miles from Westminster was quite enough to be ignored. The problem is in essence Westminster and our English exceptionalism. I was also of the view that fragmentation of countries was a bad idea as it made our differences more important than our similarities.

My view changed in 2016 after the Brexit referendum. Scotland did not vote for self harm by a large margin. Although I’m sad to see them go, I now fully support Scottish independence and their return to the European Union. Scotland has one huge advantage going forward. It would be much more united in its purpose and that would produce the necessary cohesion to build an independent nation.

We are presently working to Re-Boot Britain. Amongst our number we have several people in England who wish to promote an independent Scotland. They plan to do this via campaigning to eject Conservatives and other parties in Scotland, or even standing SNP candidates in local English elections.

My apologies to my Scottish friends. We are not all complete arseholes.

Please sign up for my lifelong friend Eric’s blog naebother:

“My Dad’s dream was to return to an independent Scotland whose main export was not talented people, he died waiting.“

This week marks the end of our membership of the European Single Market and Customs Union. On 1 January, each and every Scot, including our children, will lose the right to live, travel and work freely in 31 other European countries.  Covid Level 4 restrictions mean that we are not able to protest in the streets as we would have liked. But throughout Scotland we will be protesting in large numbers: in our homes, in open spaces, on social media, against this attack on our futures and those of our children. We call on as many as possible to share pictures of themselves displaying the EU stars – a symbol of European unity – in some form, accompanied by the hashtag #WeWillBeBack.

As we prepare for this sad day, we in the European Movement in Scotland are united in this pledge:

“We declare that Scotland is a European country, embracing our common values of peace, democracy, human rights, equality, sustainability and solidarity.

The clear wish of the great majority of the Scottish people is that Scotland should be within the European Union.

We commit to working to bring this about, whatever Scotland’s constitutional status”.

We end with one of my favourite songs, featuring Stuart Adamson R.I.P. My friend Bill Nelson wrote a beautiful piece of music for Stuart’s funeral at Barrowlands.

Enjoy our other articles:

Looking after No 1 – Self interest and Boris Johnson