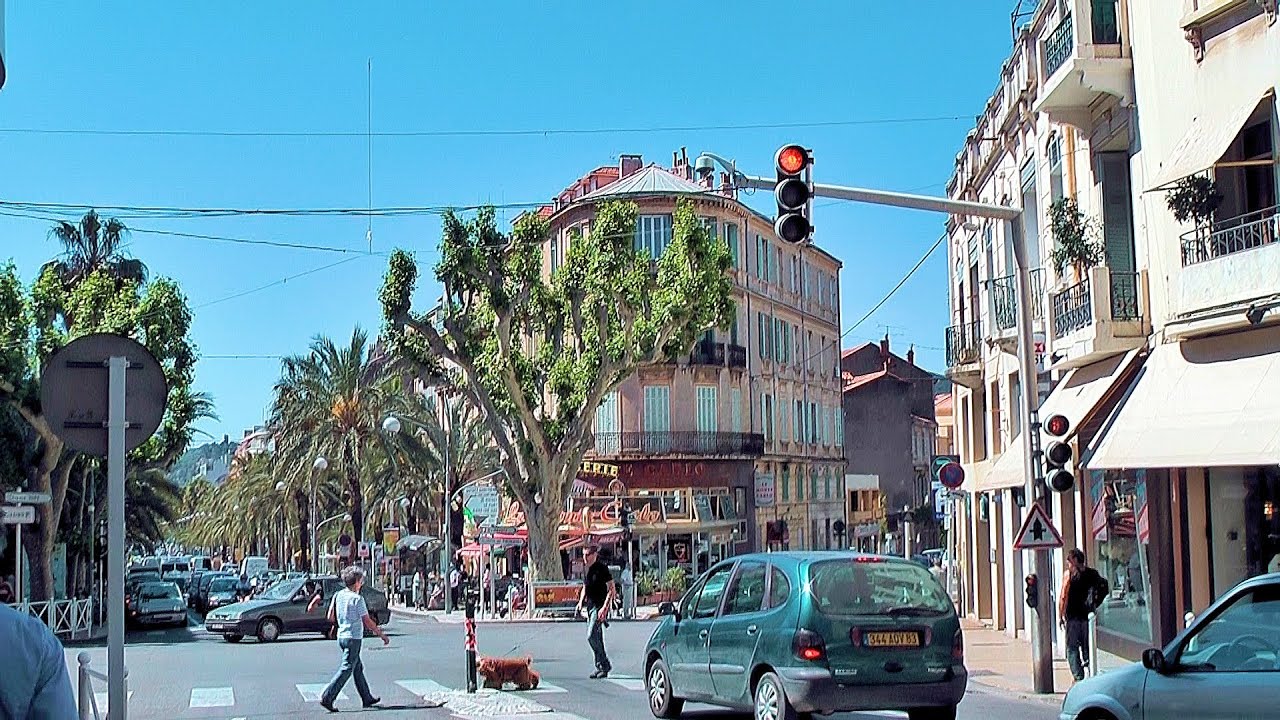 It only takes a hour and forty minutes to fly from Stanstead to Hyeres; well, the airline calls it Toulon-St.Tropez, but it’s neither really. Toulon is another twenty kilometres away, while St Tropez is nearly forty kilometres down the coast.

Hyeres is a town that the mainline tourist trade has ignored, by and large; it maintains its air of a genteel nineteenth century seaside town, with lofty palm trees and gracious Provençal houses. The peninsula, or presqu’ile, leads out of Hyeres, directly south, taking you along the old salt flats, past the pink flamingos and out to the village of Giens. A backwater on the Cote d’Azur, if such a thing can exist. The coastline out at the tip of the presqu’ile is rugged; full of small calanques, and wind-twisted pine trees determinedly hugging the rocky, hilly terrain. If Marion takes you walking, you will discover all manner of fauna unique to the micro-climate on the peninsula. Orchids, in May, in such profusion that you are afraid to put your feet down.  Des bebes noix de cocos, gnarled old olive trees and jasmine; and in the background the constant murmur of the sea. This is the Provence that I love, but it’s not the only Provence.

Here, in this villa, amongst gentle eccentrics – from Corsica, California and the whole wide world – you can still believe in the Riviera of the 1920s, when the rich, famous and interesting would descend en masse at various times of the year. Copious meals, a la fresco, with all manner of friends and neighbours; flamboyant botanists from Rome, complete with fresh mozzarella; American writers, or elderly Communist Jews with stories of daring escapes from Nazi-occupied Poland, under cover of a tarpaulin, in a horse-drawn cart. This place is an oasis of diverse cultures and philosophies.

Even getting here is a journey in itself, for the road is steep, and turns sharply before becoming a dirt track for the last kilometre or so. It is almost as if you are at the edge of the world. No, this is not the only Provence.

The real Provence is still beautiful, but it is a harsher place. The rugged, often arid, landscape gives one an idea of what the indigenous people of the region might be like. It is a tough land to earn a living from. Rocky earth, hot, dry summers and winters that can be quite cold. Few dairy products are produced here: olive oil and goats’ cheese, along with fish, fresh fruit and vegetables are the staple diet. The land can often be inhospitable; it is tough to farm.

Cezanne lived here, at Le Tholonet to be precise; there is still an artists’ colony there – Chateau Noir. And it was Cezanne who inspired me to come and live here, back in 1981. I was full of youthful, idealistic dreams of following in an artist’s footsteps, and fairly fresh from art school in Chelsea. I had played with being part of an artists’ co-operative in Wapping, East London, whilst working for the Arts Council, but felt the need to discover new horizons; and thus a work colleague put me in touch with a French female student who was offering free food and lodging for a fortnight, in return for English conversation. Monique lived in rue Campra, Aix-en-Provence, Cezanne’s home town. Aix in the 80s was a lively, southern town, with narrow streets and tall yellow ochre houses. There were students and bourgeois French, North Africans and Africans; some were well-off, others lived a frugal life-style, but pervading it all was that timeless feel of ‘doucement le matin, et pas trop vite l’apres midi’, that is so reminiscent of the South. The lively markets, full of excellent fresh produce – fruit, vegetable, fungi (in the autumn), poultry (often still alive), honey, spices, olives and olive oil were a wonder to behold. The bustling cafes in la Place de la Mairie, the timeless fountains in la Cours Mirabeau; the shop that sold les calissons d’Aix – if you’ve never tried them you have missed out on a delicacy that is sublime.

I only spent two weeks with Monique in Aix but already I was in love with everything.