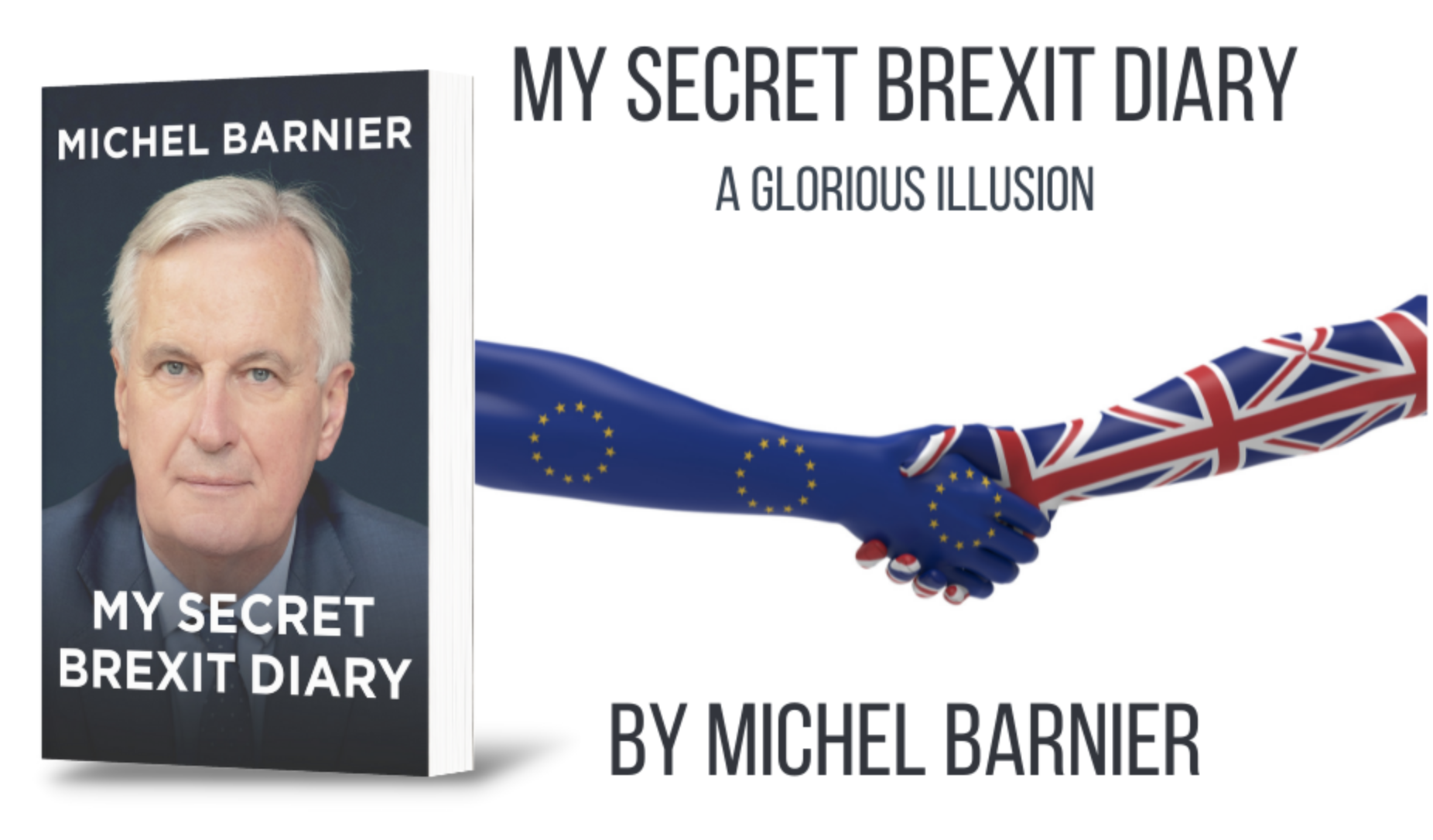 I have just bought a copy of My Secret Brexit Diary, an astonishing tale of open-ness, decency and collaboration in decision-making and negotiation by Michel Barnier. His revelations stand in stark contrast to the approach taken by the British government during five years of Brexit negotiations and some comparisons are useful. I will be returning to Barnier’s book in this blog frequently, but this is how he begins.

The very first act that Michel undertakes is to establish unity of the 27 nations and to assess any important red lines that would destroy unity. In Barnier’s words:

“The mission of this small ‘commando’ unit is to travel through the 27 countries of the union over a period of few weeks establishing personal contacts with ministers and prime ministers so as to find out where each of them draws their red lines and, in broad terms to construct our own line of negotiation on the basis of four first principles that I will, from now on, recite to each of my interlocutors.

First, there can be no negotiations until we receive notification from the British government. In the Council, the 27 member states have been very clear on this point.

Second, we will only succeed in this negotiation by building and maintaining very strong unity between the 27 member states.

Third, no EU country should find itself in a position where it has less say than a country outside the Union.

And finally, no country outside the Union should be given a veto on, or even the right to intervene in, the decision-making process of the 27.

These are the key points to which we will hold fast throughout our work, and which are the conditions for its success.”

In stark contrast, the very first act of the British government is for Dr Liam Fox to tell a lie, by suggesting that the European Commission was responsible for David Cameron’s loss of the referendum.

“Fox says ‘our enemy is the Commission, which wants to be forgiven for making Cameron lose. Many of the 27 need us.’

I am told that these remarks which have been reported to me, were made yesterday in private before a group of businessmen in London by UK Trade Minister Liam Fox. This Scottish MP, a former defence minister for David Cameron and a former candidate for the conservative leadership, losing to Theresa May, is obviously at the forefront when it comes to imagining the future of trade relations between the UK and the EU. But first of all, Brexit must be achieved, and he is in favour of a fast-track agenda. That, however, is no reason to propagate such untruths.

So it was the Commission that lost David Cameron the election? This is to pass over in silence, just a little too quickly, the ‘new settlement’ agreed with him at the European Council on 18 = 19 February 2016, in the midst of the migrant crisis – a settlement that further strengthened the UK’s special status within the Union. In the end it wasn’t enough to prevent Brexit, but not for the lack of trying …

It is also to forget that, if all European leaders voluntarily kept silent throughout the referendum campaign, they did so at the express request of the British Prime Minister. According to him, any intervention by ‘Brussels technocrats’ or foreign leaders would have been immediately exploited by the Brexiteers …

In any case, Liam Fox’s statement only strengthens my determination: we must secure and consolidate the unity of the 27 as rapidly as possible.”

I sense a twinge of regret in Barnier’s penultimate statement, that the European Union maintain silence during our referendum process when it may have been wiser to speak out and promote the benefits of the union. We are currently beginning to find out just what these were, somewhat too late to do anything about it in the short term. We must remove the Brexit culture carriers from government and Re-Boot Britain, with the eventual ambition of applying to join once again.

Please support this platform by giving us a tip on PayPal or via our Patreon page, thank you in advance.