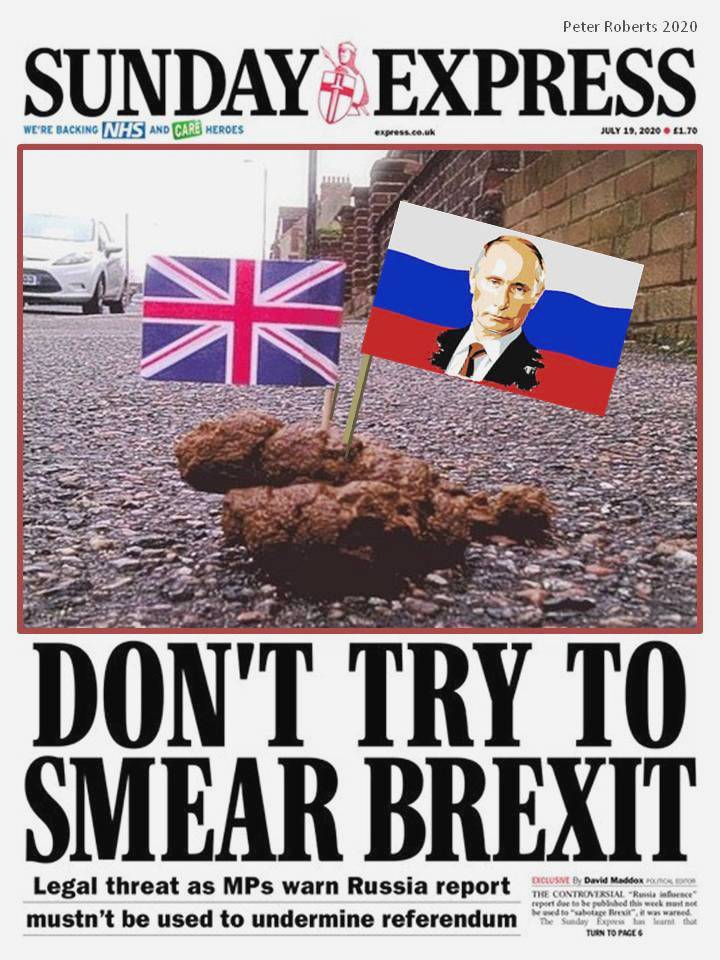 In March 2019, Parliament’s Intelligence Committee finished an investigation into Russian interference in British politics.  Their report is controversial since the subject matter includes a major Russian operation in 2016 supporting Brexit, the flow of Russian money into British politics, particularly to the Tories. and the attendance of senior Tories, including  Johnson and  Dominic Cummings at events held by the ‘Conservative Friends of Russia’. This group was founded by Nabolin, a London based diplomat who has been linked to  Russian foreign intelligence. Cummings also worked  in Russia between 1994 and 1997, and may have met figures in Russian politics, intelligence and security.

Johnson prevented the Committee publishing its report before the General Election and then delayed renconvening it.  No 10 worked hard to  install a compliant stooge as chairman – former minister  ‘Failing Grayling’, so-called for his many failures whilst in office. Despite their efforts, opposition MPs on the committee persuaded a Tory, Julian Lewis, former chair of the defence select committee, to take the chair instead. Johnson and Cummings reacted by expelling Lewis from the Tory party.

Lewis has lost no time in publishing the report. Johnson immediately rejected the committee’s call for an intelligence report into “potential interference in the EU referendum”, insisting the government had seen “no evidence” of such meddling. SNP committee member Stewart Hosie said there was no evidence because the government “did not want to know”. This is not surprising, given Johnson’s own Russian contacts and his need to support the flimsy credibility of the referendum. Rather than face the Russian threat, Tory governments placed party unity, and appeasing extremist Tory Brexiteers over the interests of Britain as a whole and the prosperity of its citizens. Meanwhile the Russian Ambassador, Alexander Yakovenko, returned to Moscow last year to be decorated by Putin. He is said to have remarked:

“We have crushed the British to the ground. They are on their knees and will not rise for a very long time.”

One thought on “Russia Today”