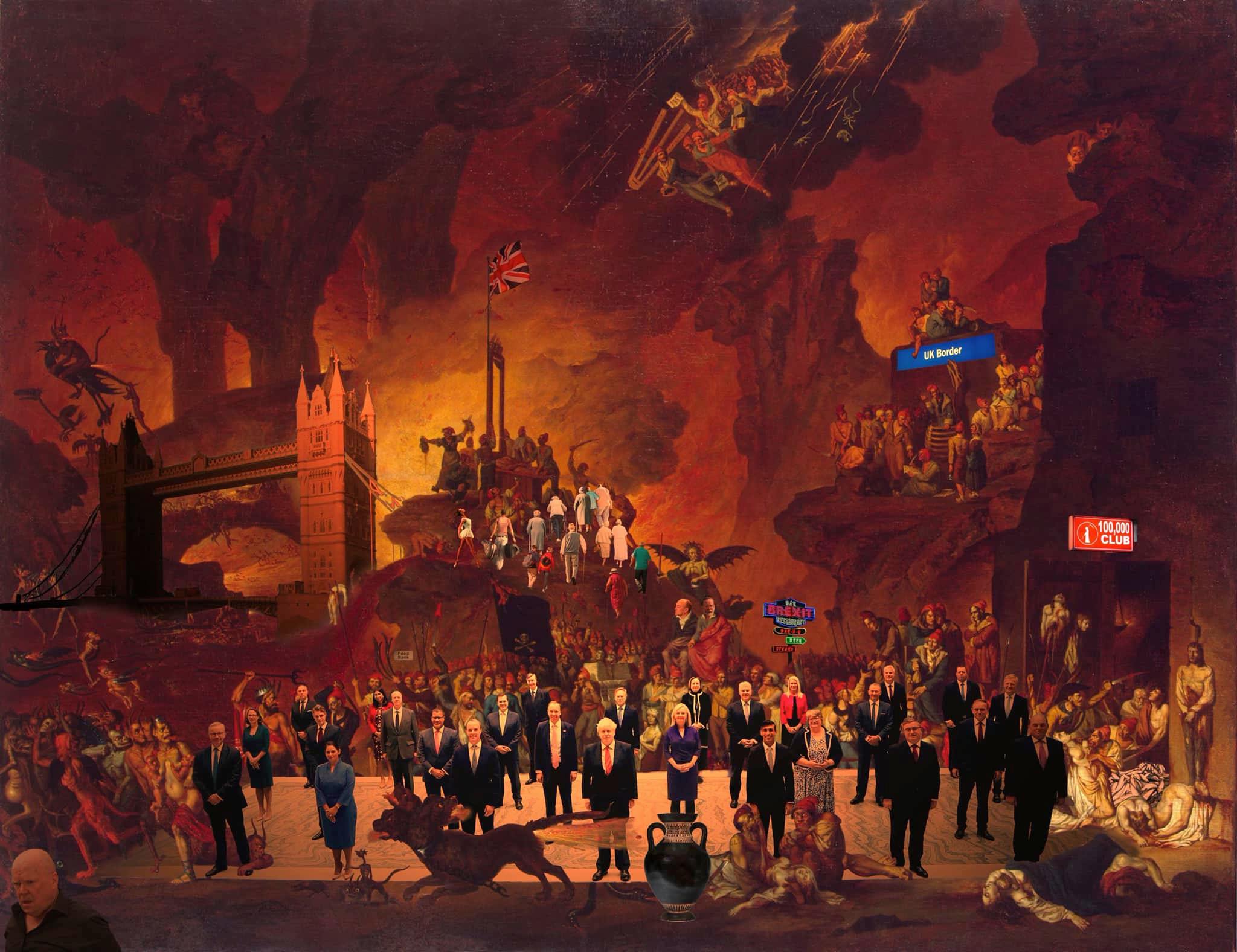 It’s Sunday. Normally a time for a visit to church and some light chatter in England’s green and pleasant land. No talk of sex, death and politics. But this is Brexit Britain, so I’ll break that rule with a Sunday Roasting of our Government.

Join us on Monday to Re-Boot Britain via ZOOM

Fcuk off to Europe

This is the official message being given out by Government agencies to businesses who want to trade with Europe. Businesses are being told to open offices in Europe if they want to continue in business. Remember when Johnson said “Fuck Business”? It was one of his rare moments of telling the truth.

Oh wait a minute, did we not get a Brexit deal for frictionless trade?

How are small businesses going to maintain two headquarters just to avoid non-tariff barriers and other delays?

Who is paying for this?

Thom Yorke of Radiohead sums up the Brexit carnage nicely:

Write to your MP and ask for Brexit to be cancelled.

Boris Johnson is NOT taking the doctor’s advice by extending the time between COVID vaccinations. I have the burden of having worked on life saving medicines. We don’t recommend treatment regimes just for a laugh. The impact of Johnson’s careless approach is that vulnerable people who have had one dose of the COVID vaccine are becoming infected. Here is a story from one of my friends who prefers to remain anon, as her mum’s story is too painful to face in public. Her mum went for her first COVID injection in December but then had to attend hospital for a minor issue, returning with COVID:

“The following is what everyone who thinks the vaccine means life can return to normal needs to understand: My mum was admitted to hospital two weeks ago with a severe respiratory infection and related heart and blood sugar problems as she is also diabetic. She has now contracted COVID in hospital, but she doesn’t seem to have any additional symptoms as a result. So it would seem that having had the vaccination has protected her against developing COVID symptoms, but not against catching it, or being able to transmit it. Most importantly, because she is now COVID positive she has had to be transferred from the elderly acute ward to a COVID ward, even though she doesn’t actually have COVID symptoms. She is now surrounded by severely ill people who are gasping for breath and she is being cared for by medical staff in full PPE, so she can’t see their faces. She is utterly traumatised and nobody can visit her, which is also traumatising her husband. I can cope with losing my mother to old age and ill health, it’s the normal cycle of life. But this is no way to go. The vaccination has protected her against developing COVID symptoms, but not against this awful situation”.

Others ignore the idea that once you have had COVID, you will be invincible. Think again. A good friend of mine has COVID for the second time. It is a new infection and not a repeat event. Her illness is just as bad if not worse than the first time some 9 months ago. To those that think that immunisation will make them invincible, think again.

In the ultimate mark of shame, Grant Shapps is insisting that DVLA workers in Swansea who are infected with COVID keep going to work. I once worked for a few weeks at DVLA. I opted out from the lucrative contract, as I could not face the ‘behavioural waste’ that went on, due to incompetent management. I have never really believed in what is called ‘sick buildings’, but now Grant Shapps appears to be making DVLA into a ‘death camp’.

500+ cases in one govt building

Workers with symptoms ordered to come into work

The death of Britain

Brexit continues to surprise with shipping costs rising more than SIX times in some cases. Firms have the choice to either fold their businesses, pay 600% more in transport costs or relocate to Europe.

NONE of these are the sunny uplands promised by Gove, Johnson et al.

ALL of them are entirely of our OWN government’s making.

In more positive news, my application to stand for a position on the board of Grassroots for Europe has been accepted. Wish me luck. Join us at our regular meeting to Re-Boot Britain on Monday at 7 pm.