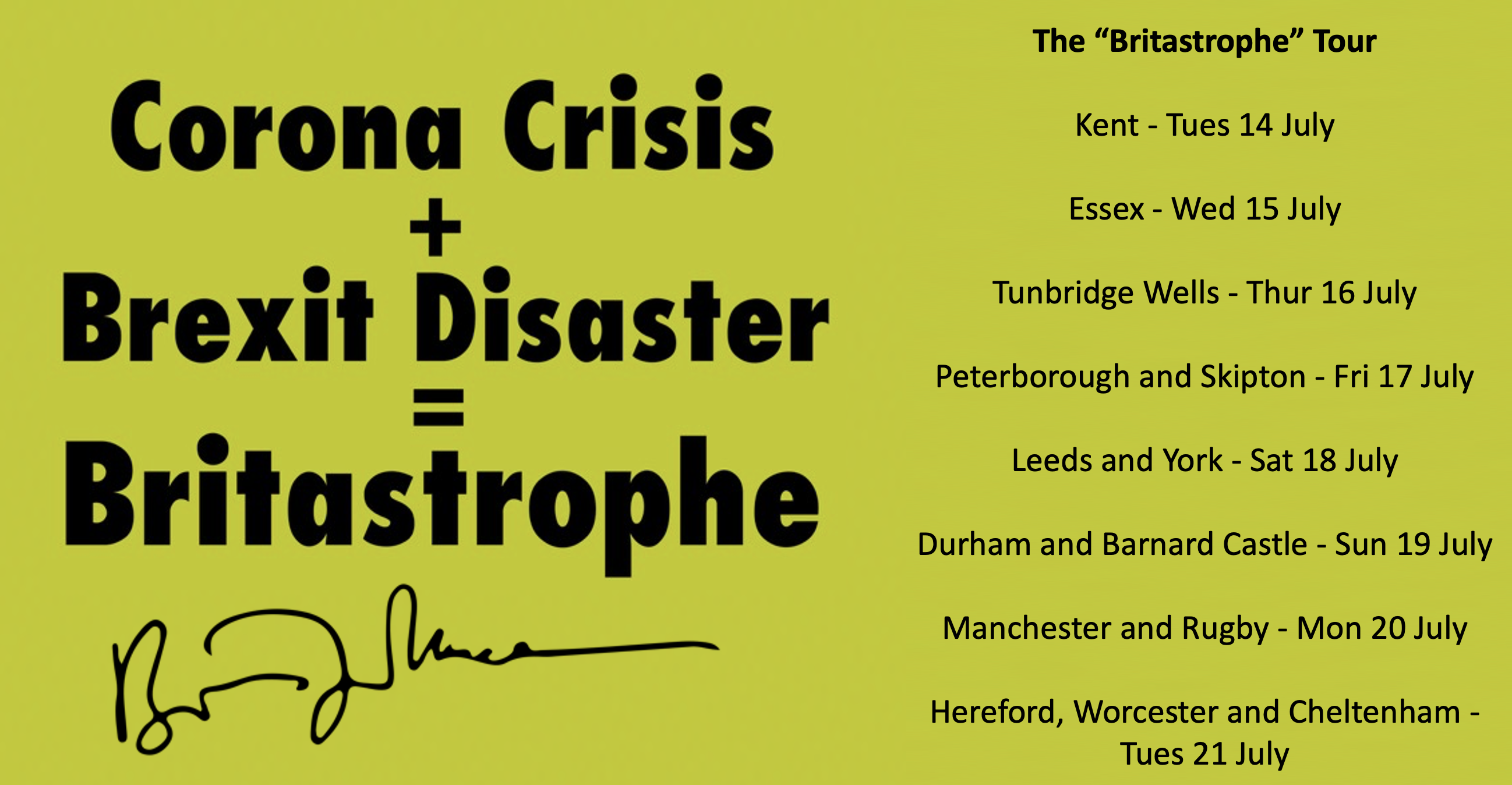 Here are the highlights of our ongoing tour of Britain. Please support the tour via Bollocks to Brexit.

Last Saturday, we hit the Dorset coast. I counted some 82 conversations we had over the entire weekend. Somewhat astonishingly we only had two objections to our project in areas that were very “Brexity”. The roadside cafe owner on the A31 quipped “I thought you guys had given up”. I replied that whatever you thought of Brexit we had to keep on naming it for what it is. He nodded, although I sense he still wants his country back. But two objections from 82 conversations is not what our Government is telling us. COVID has changed people’s attitudes to Brexit and our core message that Corona crisis + Brexit disaster = Britastrophe was extremely well received in these Brexit voting areas. Time to think again.

Somewhat more worryingly, the Lib Dems cancelled events we had put considerable time into at Chippenham and Cricklade. The committee had objected to our “Bollocks to Brexit” messaging. I was part of the group that originated this slogan on the street at No 10 Downing Street. It was subsequently popularised by Steve Bray at SODEM and then adopted as an official slogan by the Lib Dems. I seriously worry about their strategy if they are to worry about every small issue. The space in which they have to take a position gets smaller by the day. Ho hum.

On Sunday we visited Swindon for Europe with a great reception and a street performance of some of our songs, including “The Mogg Chorus” and “Brexit’s Comin’ ‘Ome” which nearly reached the UK Official Charts. They gained publicity from This is Wiltshire.

One person still felt the need to defend Brexit. He has had nearly four years to do so, yet was unable to provide one save for the football metaphor of “WE WON, YOU LOST”. I do feel sorry for these people at times. Despite my football song, this is no game.

We continue this week with the tour: