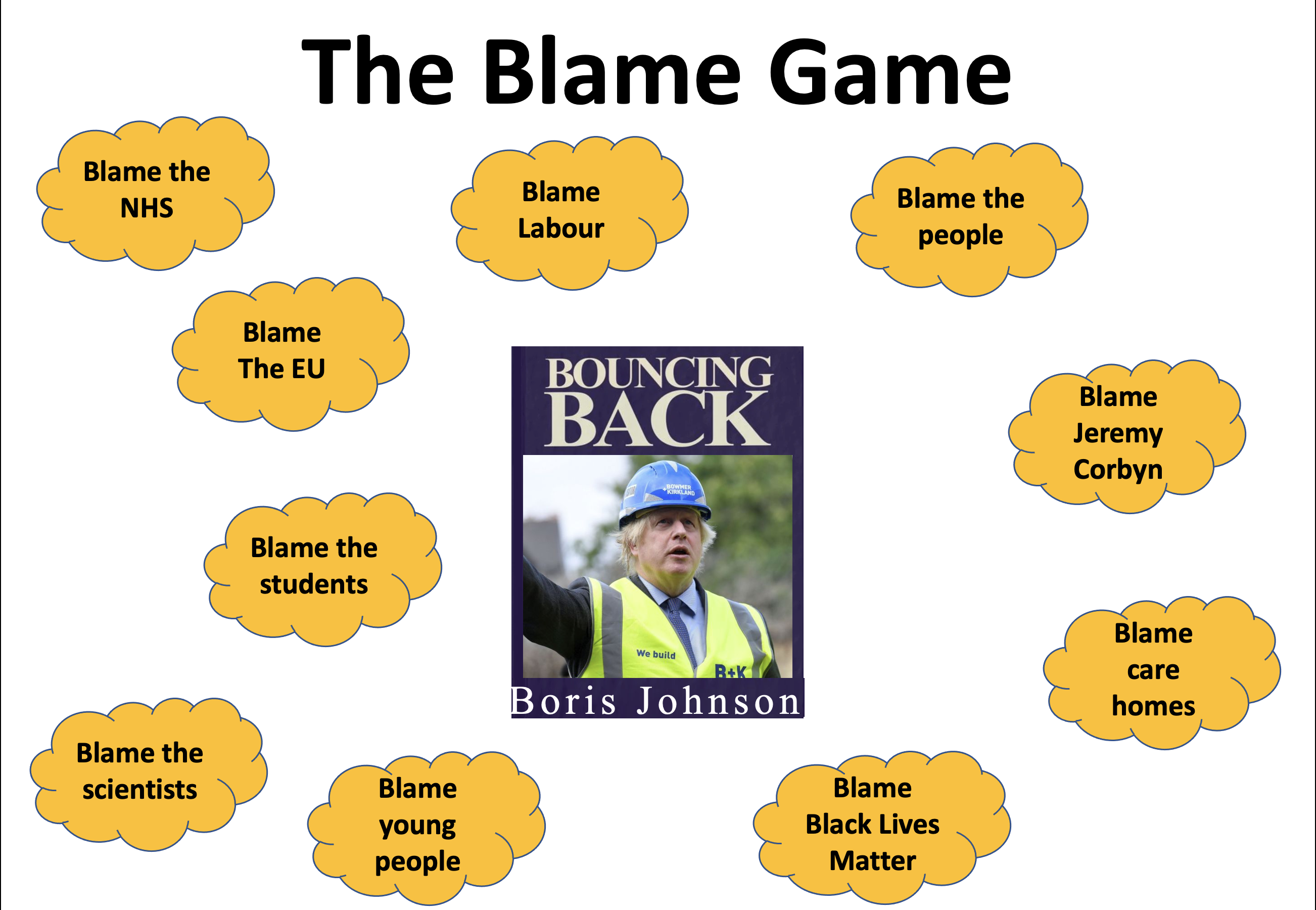 When cases began to rise at the start of the present COVID wave, Boris Johnson laid the blame on the general public i.e. us. He said that people had been too relaxed and freedom-loving to obey the rules and that if restrictions were needed it would be our fault. The blame game is utter nonsense. Yes, some people broke rules, notably Dominic Cummings, Robert Jenrick and the PM’s father. But Brits are generally very rule-abiding and complied with lockdown etc. more than other European countries. This isn’t surprising … one of our national traits is a love of queues. We join one even before we know what it’s for!  The likely reasons for the rise were the government’s easing from first lockdown which was:

The public did nothing wrong except follow government advice

The first new restrictions applied by Johnson were too feeble to stop cases from rising exponentially. These have led to general  lockdown.  Johnson and his cronies probably knew this would happen.  However, by blaming the public for the initial rise and telling us it would be our fault if it carried on, he had to maintain the credibility of his scapegoat for sufficient time, to avoid taking any responsibility himself.

History is now repeating  itself

In March, Johnson’s failure to lock down 10 days earlier cost the deaths of twice as many people as would have otherwise occurred. Delay this time in putting effective measures in place will again result in the needless deaths of thousands of people.