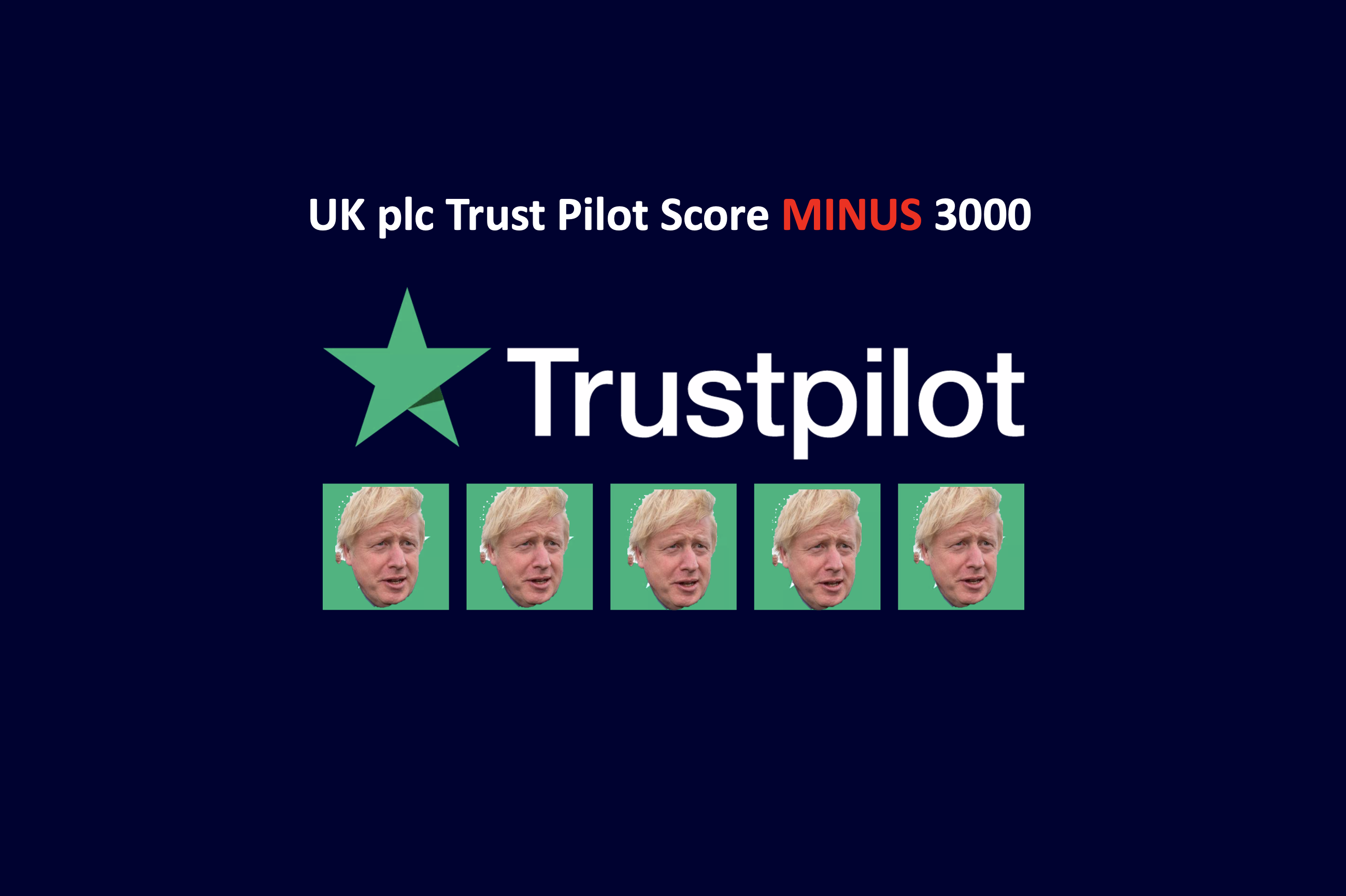 Yesterday Boris Johnson withdrew the withdrawal agreement. Let’s remember that he won an election primarily on the idea of getting Brexit done. He also then persuaded his party to vote for the Withdrawal Agreement. Today Theresa May has just cut Boris Johnson into tiny pieces over the WA.

It occurred to me that, although, I don’t want Brexit, Theresa May’s Withdrawal Agreement could be considered to be the high water mark of Brexit deals. All subsequent deals have been a considerable watering down of Theresa May’s achievement. No wonder she is angry about the wilful destruction of one nation Conservatism by Dominic Cummings.

Take the example of a plumber or builder. There are only two circumstances when you would have to not pay your dues or not deliver your work to the required standard. The first would be if you were fixing to die the following day. The second would be if you were planning to retire and live on a remote desert island so that nobody could call you to account. In the case of the UK, we are not fixing to die or live in splendid isolation (or are we?). We need the trust of other nations in order to secure future trading relationships.

In the modern world we have systems such as Trust Pilot to rate businesses for delivery and trustworthiness. If the UK plc were a plumber or builder, its Trust Pilot score would now be at minus 3000. Any future post-Brexit trading partners will doubtless include North Korea, Syria and Venezuela to name a few.

Write to your MP to say that you agree with Theresa. Point out that the party voted for the WA and that it was a pivotal election pledge.