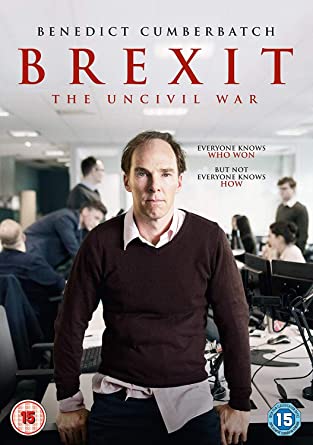 My sister is some 20 years my senior at 80 years old. Living in Tonbridge, I have to say somewhat unkindly that she is not the sharpest knife in the drawer. But she is a faithful Daily Mail reader and does the best she can to absorb current affairs through the lens of the Brexit Gutterpress. She has over the years come out with some startling revelations about Brexit. For example, she voted for Brexit because she believed that two million German / Turkish rapists were to come to Tonbridge. She did not want the imposition of Sharia law on the high street. Needless to say she is a fairly hard case for Brexorcism. Bearing in mind this background and her general intelligence levels, I set myself the task of explaining how Brexit was instrumental in destabilising Europe and how Putin’s invasion of Ukraine is part of a long range strategy by Russia to undermine the most successful peace project in the world. She laughed at me, as did a lot of Brexit Voters at the time, when we said that Brexit might precipitate World War III. Here we are on the precipice of Brexit and WW III. I’ll begin very simply with a Twitter thread which has seen 50 000 views at the time of writing.

Taking it one step at a time for my sister, Boris Johnson and anyone else hard of hearing and understanding:

It is a FACT that Russian money was used to pervert the Brexit vote. Had it been anything but advisory, it would have been declared NULL and VOID.

Aaron Banks donated £8 million to bankroll the vote leave campaign. This is an unprecedented amount.

In case you forgot, read up on Cambridge Analytica, Carole Cadwalladr’s work and The Russia Report.

It is a FACT that there are significant ties between the hard right (and quite possibly the hard left) via The Brexit Party, Aaron Banks, the ERG and the Conservative party with Russian money.

Putin got his way when Brexit was voted for. This was an important moment in his ideological battle to leaven unity in Europe.

He has also been injecting support into some eastern European states to destabilise the situation.

It also serves Putin’s agenda to distract his citizens from the COVID crisis in Russia.

With the bond between Britain and the EU weakened he is now able to enact the next stage of his strategy.

Boris Johnson has been unable to act on the problem, due to the need to pander to his ERG and Russian masters. Even Tom Tugendhat commented that we failed to step up to the plate in 2021 by placing hardware in the Black Sea. Our obsession with getting Brexit done, the need to obey Tory Russian masters and a low appetite to work with Europe after Brexit are plausible explanations of our reticence on the matter.

The EU, US and the rest of the world see the posturing of Boris Johnson and Liz Truss as utterly pathetic. Putin knows this and has actively facilitated this.

Ukraine is in the process of joining the EU. Perhaps this helps to explain some context.

Alexander Vladimirovich Yakovenko, British Ambassador for Russia reported of Britain “It will be a long time before they rise again.”

Join us on Monday at 8 pm GMT via ZOOM to consider what each of us can do individually and collectively.

Here are some bigger thoughts from Gary Kasparov. Read the whole tweet to prepare for our meeting:

Download Dying for Boris which exploits a Russian theme.

All proceeds to be sent to The National Bank of Ukraine.

Brexiteers said Brexit and WW III couldn’t happen. Well it is beginning. Edwin Star was also wrong. War is one of the most effective pieces of distraction from peace !!