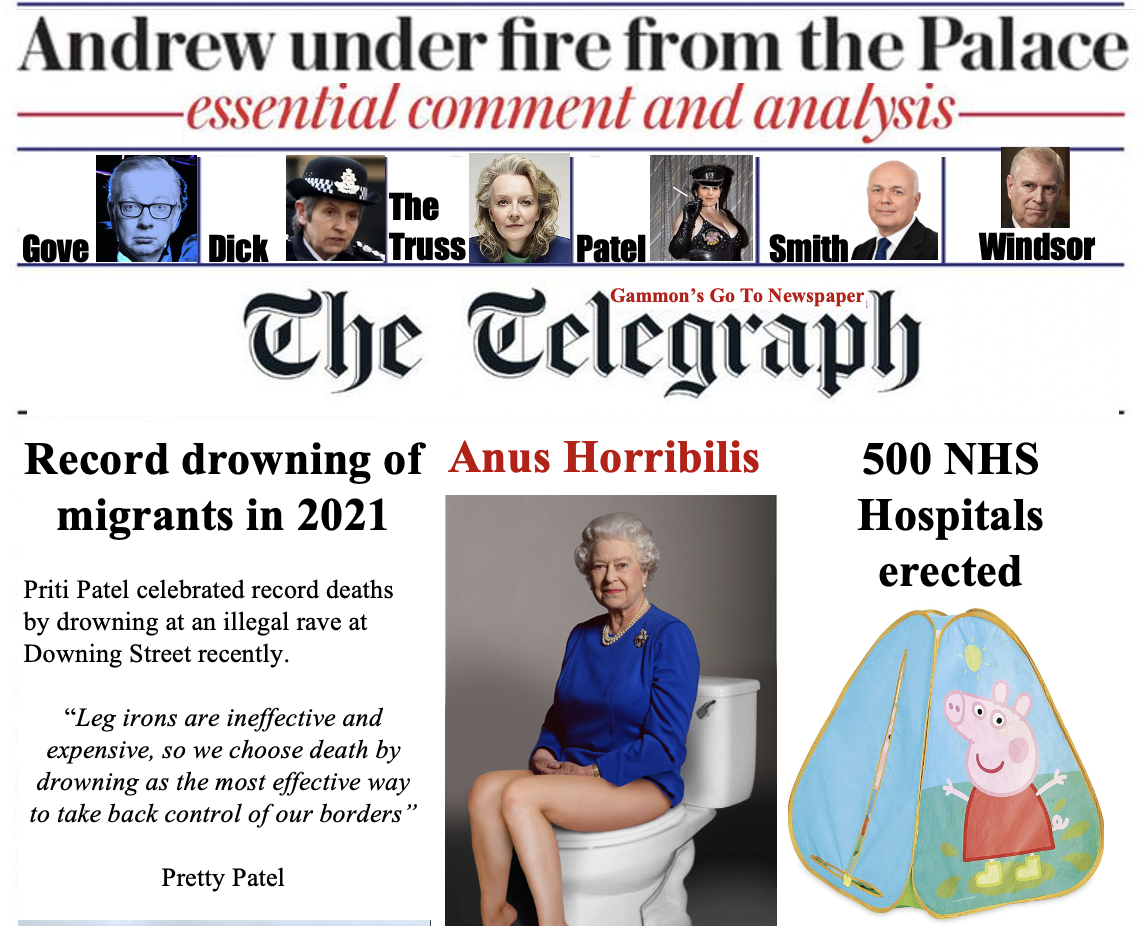 Brexit is broken. We are just about to notice now that the mask of COVID has come off. Here is our latest parody issue of the Telegraph with a fact checker attached, just in case you cannot tell the difference between Brexit fact and fiction:

FACT : Brexit border controls begin today. The EU has allowed us a full years grace on our desire to become a third country. The delays and tariffs are all on our own Government. early indications suggest that there will be significant impacts. See The Independent, The FT, The Mirror for more details.

FACT : So concerned are our Government to “mask Brexit” that they have instructed civil servants not to mention the word. Sadly we are unable to comply. If Brexit is so great why are they not instead publishing the benefits of our departure? The best that Johnson can mention is the reintroduction of pints in pubs. I may have amnesia but I thought we had pints before?

FACT : Dr Liam Fox went on BBC to lie about Brexit yesterday. We decoded his response to the question. You have to be really good to lie and Liam is just not very good at anything. Liam said that the main point of Brexit was to reclaim sovereignty. If that’s true how come nobody wants to buy my bargain bag o’ sovrinty?

FACT : Boris Johnson has not built any of the promised hospitals. It seems that pop up tents in car parks are now being classified as “hospitals”. We lead the world in COVID infections once again although Johnson feels unable to make the tough decisions that are needed, as he has not got the support of his own party to make decisions in the best interests of the people.

FICTION : The Queen is not prosecuting Prince Andrew even though she ought to, ma’am.

FACT : Boris Johnson is still a fu…king cu…t entered the UK charts at No 5, confirming the nation’s view on his premiership.

FICTION : Peppa Pig is not taking up a post as a doctor in the NHS, even though he has “most admired” status by Boris Johnson.

FICTION : Lenny the lion has not eaten Liz Truss as yet. We hear that Lenny is unlikely to do so as he favours eating brains.

FACT : Britain drowned 27 migrants in the channel due to their Brexit policy, which has been demonstrated to be completely unsuitable and dangerous method of addressing the issue. The United Nations reported the story as the worst disaster on record. Kent residents laughed about the deaths of women and children. This is what Brexit has brought us. Do you really support drowning women and children who are fleeing terror?

FICTION : Geoff Boycott has not written a book on cricket and racism. Maybe he should?

FACT : Brexit is broken. Read all about it at Brexit has Failed.

Write to your MP today to tell them that Brexit is broken. Demand better.

Please support our work via Patreon or Paypal.

Read our book to help with having the difficult conversations about Brexit.

George came up with this helpful explanation of Brexit for toddlers:

One thought on “Brexit is Broken”