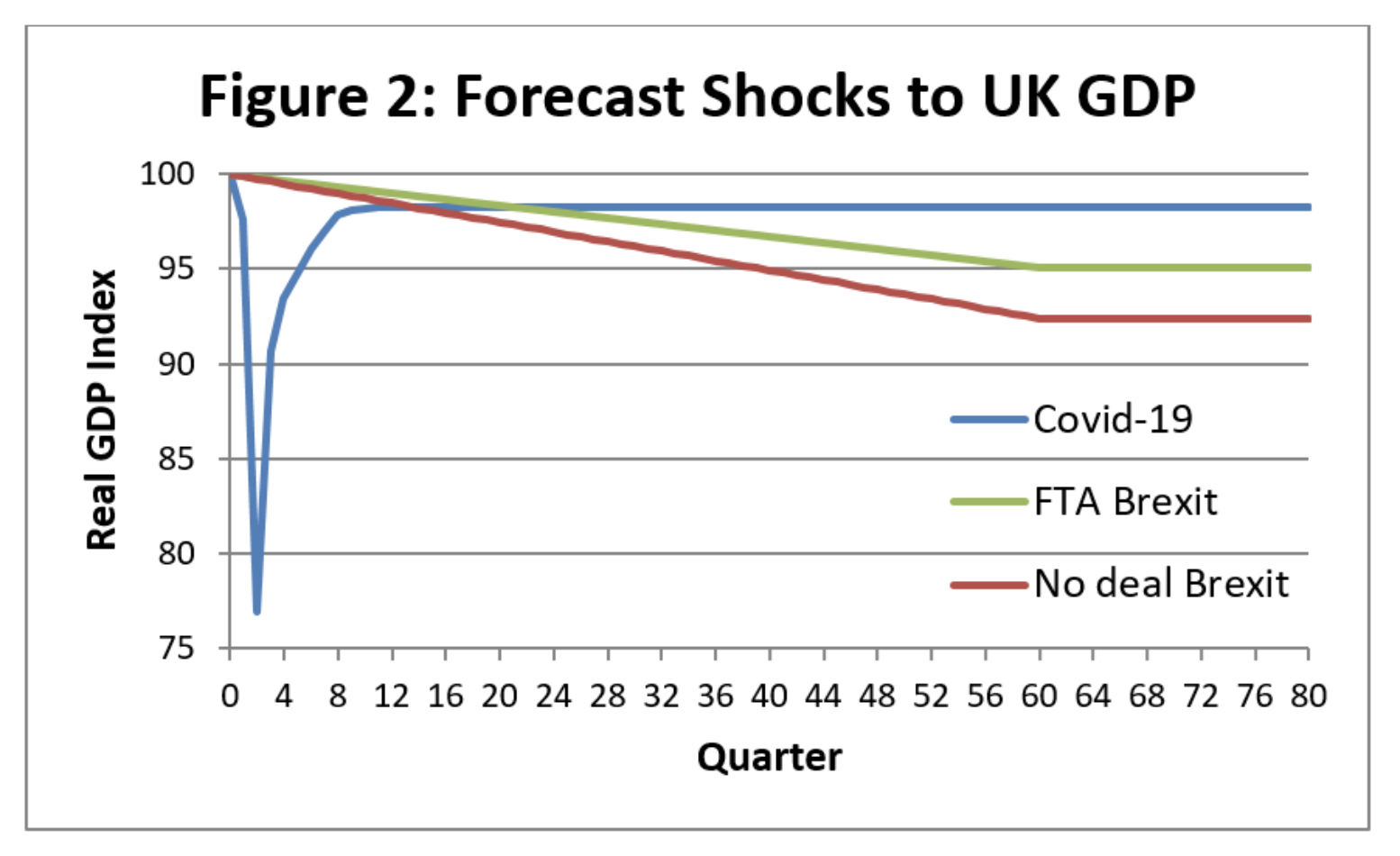 Do you prefer a slow or sudden death?

In this update we look at the latest facts about the economics of Brexit. The popular view is that COVID is the great destroyer of the economy. Think again and read on. The report by LSE shows that Brexit offers a much greater and more sustained shock to our economy than COVID. It also compares No Deal and what might be expected as a Brexit deal and finds no great differences in terms of the long term damage.

In the wake of the 2019 General Election result, there appears to have been a great deal of conciliation and accommodation by Remainers, in terms of the acceptance of some form of Brexit and accepting the illusion that an 80 seat majority is invincible. Yet, as the figures demonstrate, all forms of Brexit are toxic, in terms of their long term and sustainable damage to the United Kingdom. If you feel worn down by 4 years of Brexit boredom, I, above many understand this, having fought full time for several years on this topic. It does not alter the hard fact that Brexit is a shitstorm that we may still avoid, if political will is there or can be created.

Read up on why Brexit can be suspended at Suspended Animation.

Read up on why Rejoining may be a unicorn in the long term at Fool Britannia.

Write to your MP using these facts to help you compose your letter.

If you still feel that Corona is more significant than Brexit you may well be experiencing what psychologists call recency bias. This is the reason why we think that air disasters are a regular occurrence after a significant airplane crash occurs.

Speaking analytically, Corona is merely a crisis, whereas Brexit is a disaster in slow motion. We tend to confuse the two because what is called the boiled frog syndrome. The LSE report shows clearly that Brexit offers a much greater existential risk to Britain. The question remains:

How quickly and how badly to you want to die?

An accountant will teach you about the concept of avoidable costs. We must endure Corona as a natural phenomenon. We don’t have to add Brexit to Corona. Combination of 11% GDP loss from Corona and a 5-8% loss from Brexit will be catastrophic. In case of doubt it only took a 3.5% GDP loss to create the 2008 Crash.

Brexit has already cost us more than The International Space Station (ISS). Brexit is set to cost £200 BILLION by the end of 2020. An ISS costs a mere £115 billion. In case the figures are causing you to be “lost in space”, that means £3030 from EVERY PERSON’S TAXES to be taken from you at some point in the future. And you get a blue passport and a hard border in Kent. Is it worth it?

Write to your MP. Ask them to pull back from the brink of a Britastrophe before it’s too late.

Most MPs will get two lots of £400 as they have 2 households. Anyone know if MPs energy bills on their 2nd homes are covered by an allowance (paid regardless) or an expense requiring a receipt?
I’d just like to be damned sure they can’t pocket the second £400 & claim it too!

@BrexitRage @AnnelieseDodds And @UKLabour would win it by a mile if it got real & started challenging Tories over the #BrexitDisaster. Polls show most people, inc most Lab members, now believe #BrexitHasFailed & we need to #RejoinEU - Lab should start listening to them. http://Therejoineuparty.com @RejoinP