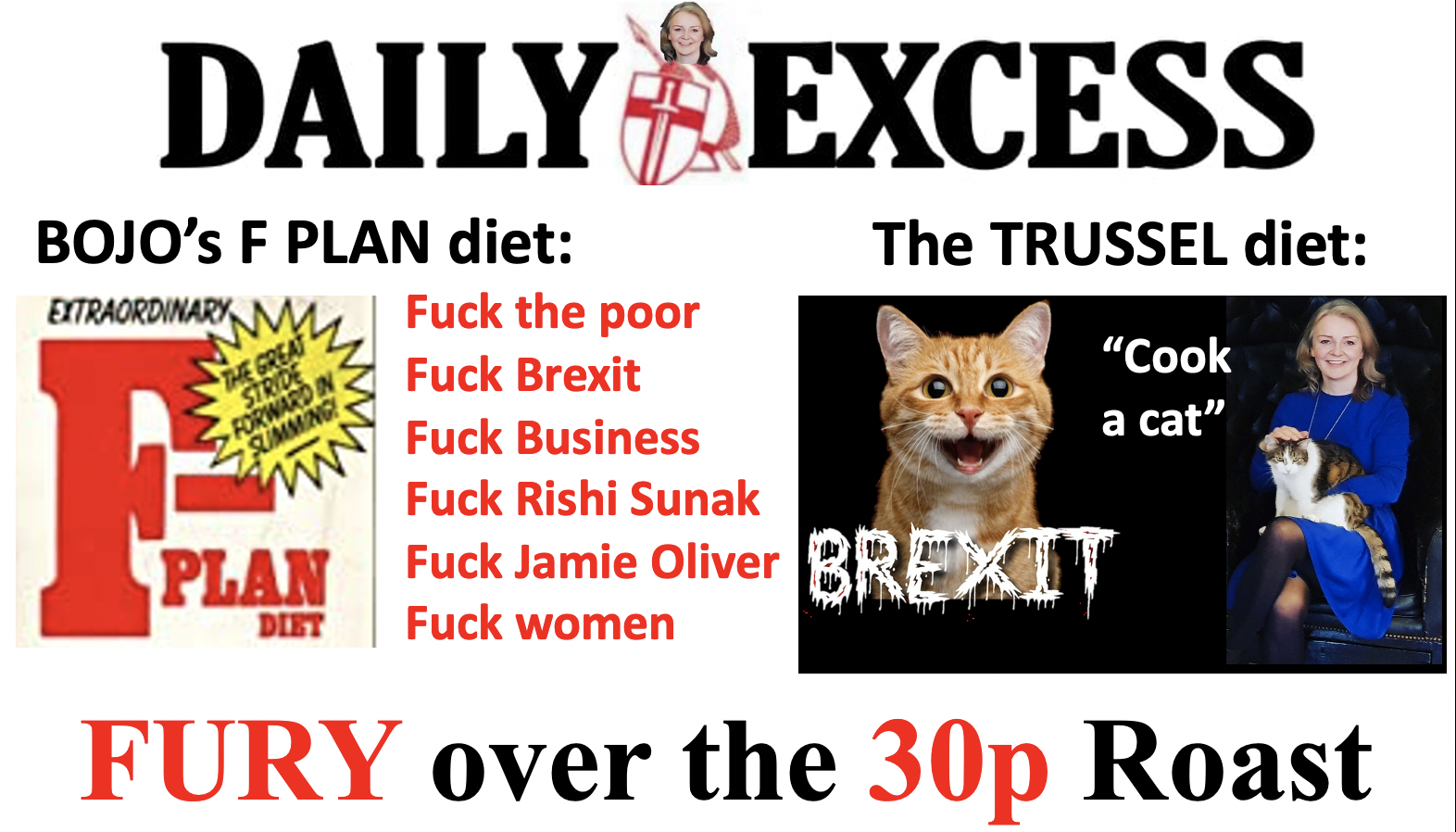 In this edition of the Daily Excess we focus on the effects of Brexit on food price rises and the extraordinary statements by Tories blaming the poor for their plight.

FACT: Lee Anderson claimed that people on low wages were not able to cook economically and said that he could cook a meal from scratch for 30 pence[1].  The Trussell Trust replied: “Cooking from scratch won’t help families keep the lights on or put food on the table, if they don’t have enough money in their pockets”.

FACT: A snickers bar, a curly wurly, a finger of fudge or a raw egg are not a substantial meal.  Remember however that a Scotch egg was classified as a substantial meal[2] when Rishi Sunak wanted to encourage people to ‘eat out to help out’ in 2020.  However the benchmark price of a Scotch egg in a pub is £5.00 and it would have to be consumed with a pint of beer to be considered a ‘substantial meal’.  This is somewhat more than 30 pence.

FICTION: Various Tory MPs have started blaming Ukraine for food price rises, when, apart from just a few items, these price rises have not fed through the food chain at the time of writing in May 2022.  Food inflation due to Brexit[3] accounts for some 6% and, in some areas such as meat, the rises have been substantial.  It is despicable behaviour by Tory MPs to blame Ukraine but, of course, totally true to form to blame someone or something else.

FACT: By the same token, they have blamed oil and gas rises on Ukraine when these price rises were factored in before the invasion of Ukraine by Russia.  In fact, money saving expert Martin Lewis[4] warned as early as late 2021 on the matter.

FICTION: Liz Truss has not so far recommended that the poor begin cooking their pets to cope with food poverty.  Give her time.  She did recently get her picture taken with Larry the cat, perhaps to improve her popularity with old ladies, or perhaps in preparation for Larry’s sacrifice at some point in the future.

FICTION: If Boris had written The F Plan diet, the word F would not have stood for fibre!  Nor has Boris ever had a meal for 30 pence.

FACT: The recent emergency budget measures set out by Rishi Sunak will not address the needs of people at the edge of poverty through Brexit assisted price rises.  It is yet another example of a ‘too little, too late’ strategy by the Conservative government.

FACT: Grilled wasps are neither tasty nor nutritious.

[3] Food inflation due to Brexit www.independent.co.uk/news/uk/politics/brexit-food-prices-living-costs-b2065985.html