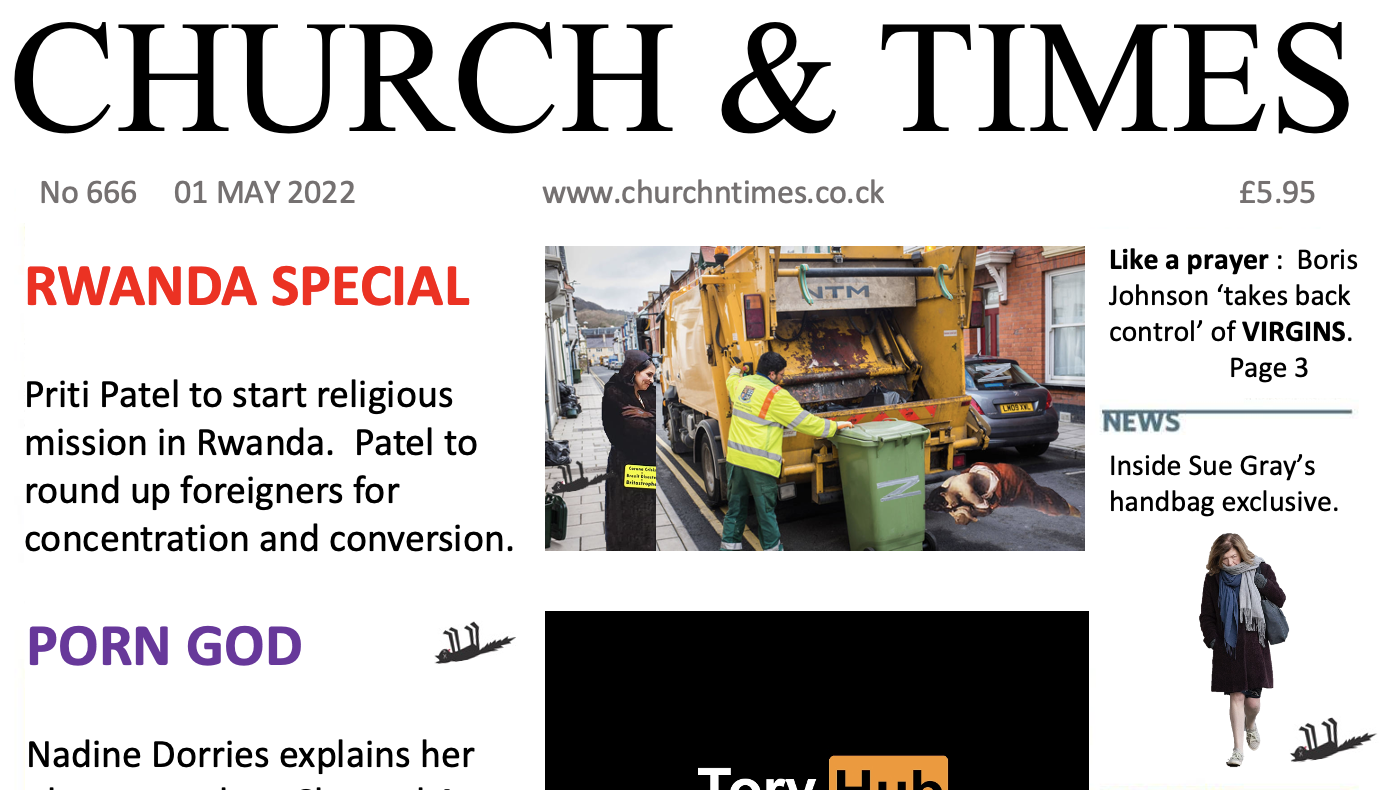 In this edition, like Prince, Madonna and the Tory party, we see no divisions between sex, religion and politics.  Hold on tight!  It may be a bumpy ride. This is an extract from our next book. Buy the existing one here. In honour of Prince’s comment on politics we named this post Sign O’ The Times.

FACT: Jacob Rees-Mogg[1] admitted that Brexit is an act of self-harm.  Speaking at Folkestone last week, Mogg admitted that he would once again delay the introduction of border checks, as it would lead to food and supply shortages.  Having invested millions of pounds in infrastructure and systems, it seems that the port authorities are rather cross with Mr Mogg.  Meanwhile the minister for the 18th century drinks port in his mansion.  We do not know Mr Mogg’s views on sex with one’s nanny.  Open borders sound good in principle, but how do they achieve the primal Brexit ambition of keeping foreigners out, alongside contraband and other consequences of ‘letting go of control’?

FICTION: Although Liz Truss is probably one of the main users of Instagram, to promote her selfies in her bid to be Prime Minister, it is not true that she has been appointed head of the platform.  She continues to exploit war in Ukraine as a fashion accessory.

1.Parish Googled ‘huge elections’ but made a mistake when typing.  This is what should have happened:

2. Parish inadvertently substituted the letter ‘l’ with an ‘r’ and instead Googled ‘huge erections’.   It’s an easy mistake to make, even though the letter l is nowhere near the letter r on the keyboard:

It becomes clear that Neil Parish was a passive victim of mis-spelling tractor related words whilst at work.  Undoubtedly this ‘flick of the wrist’ led him into penis-related peril. Dom Jolly summed up the situation differently:

“While attempting to purchase a Massey Ferguson 2245 4WD I inadvertently stumbled across a website called Extraordinary Buttholes. Once I realised my mistake I immediately logged off, twenty minutes later. This should put the matter to bed.”

FACT: Although Boris Johnson did not use the words ‘Fcuk Jesus’, he did attack the Archbishop of Canterbury the other week for his criticism of Priti Patel’s ‘concentration camp’ policy on people fleeing from war zones.  Johnson did say ‘fuck business’, so he may as well have gone the whole hog with the almighty.

FACT: Priti Patel is not a Christian fundamentalist, although her father was a UKIP fundamentalist when he stood for the UKIP party in 2013.  Priti has broken the ministerial code several times, which is ungodly.  Killing people who are fleeing from terror is also not mentioned in the scriptures of any religion as far as we can tell.

FACT: British Virgin Islands leader Andrew Fahie was arrested in the US for alleged drug trafficking and money laundering.  The reaction from Downing Street was to send a minister and suggest that the islands be taken back to direct rule[3] due to corruption.  Perhaps they would apply the same standards to Westminster?

Vote the Tories out this Thursday at the local elections.