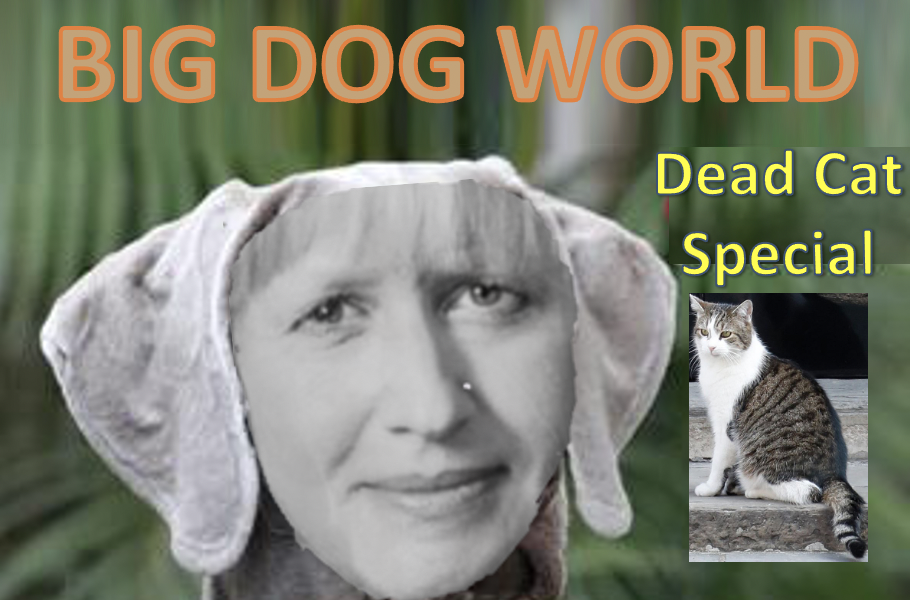 Downing street are vigorously denying that “Operation Back Big Dog” is in operation to rebuild Boris Johnson’s shattered reputation. That of course means that it is true. We followed the Big Dog theme in this parody version of doggy magazine “Big Dog World”:

FACT : Jacob Rees-Mogg did suggest that Johnson’s guidelines for lockdown may have been unnecessary as a way of excusing Johnson’s crimes. Tell that to the people grieving for loved ones who they were unable to say farewell to …

FICTION : The Police bill will not allow dogs to savage members of the public (yet). But that’s just about the only thing that they will not be allowed to do. Kill The Bill. Write to your MP today and ask them to vote it down.

FACT : Jolyon Maugham won a case which demonstrated that the crony COVID contracts were illegal. This was barely reported in the hullabaloo of Partygate.

FACT : Liz Truss has hired an image consultant to improve her chances of winning the leadership contest. But you cannot polish a turd …

FACT : Brexit loon Peter Bone has backed Boris Johnson on Channel 4 News. Compelling evidence to suggest that the ERG are about to knife him in order to put an even harder line Brexiteer in power or a lapdog (Truss). Be careful what you wish for.

FACT : Much of the continuing hullabaloo over Partygate has the side benefit of masking problems occurring with Brexit. Specifically Liz Truss’ manoeuvres on Northern Ireland. Read Professor Chris Grey’s insightful analysis of the unfolding situation in Northern Ireland and compare it with the populist ravings of Lord Andrew Adonis on the subject.

FACT : Changing the leader does not change the underlying problem. The ERG are fed up with Johnson but will either pick a lapdog (sic) i.e. Truss or a more hardline Brexiteer. In the Tory party the ERG tail still wags the Brexit dog. As Chris Grey mentions “when Johnson is replaced, his successor will be bound by the same, structural, constraints.” They will also be able to blame Brexit on the Johnson era. This does not mean we are any better off, possibly worse.

FACT : Brendan Donnelly explains why we must keep talking about Brexit rather than allowing the Johnson Junta to airbrush it off the table. It’s a one way journey.

FICTION : Dilyn the rescue dog has not spoken since the scandal broke.

FICTION : Margaret Hodge, Labour MP for Barking said “Boris is in the dog house and should be neutered”.

Read some of our recent articles :

Send in the clowns