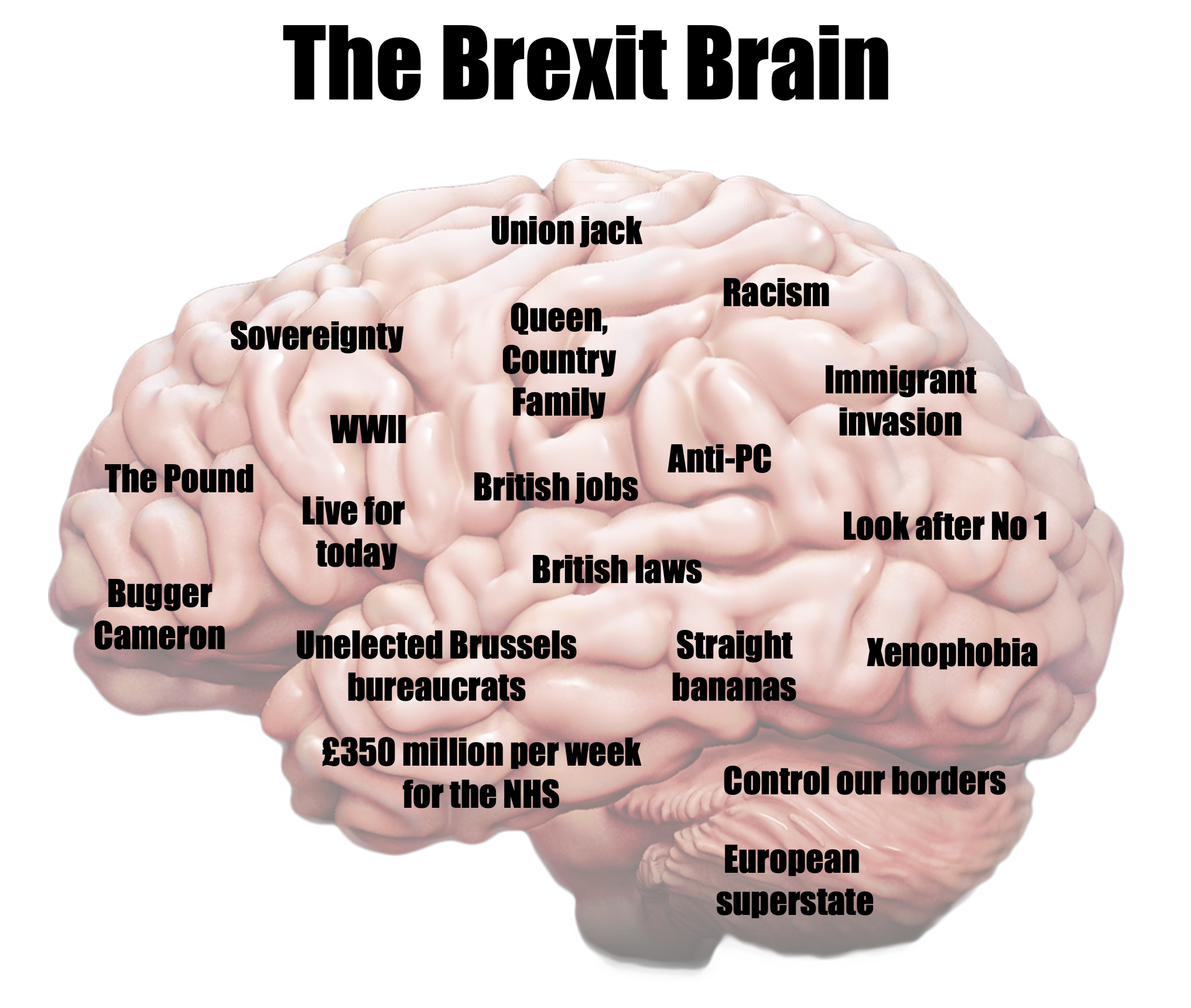 As part of our continuing work to Brexorcise the population as a preparatory step on the road to rejoining the EU, I encountered two tough cases recently. Selecting your target is vital if you want to make the most of your time, but given that I go out daily with an open invite to talk to people painted on my t-shirt, bicycle etc. one cannot always choose your ‘client’ for Brexorcism. Learn the underlying psychologies, sociology and therapeutic approaches here. The two individuals were themselves quite complex and this underlines the need to use personalised approaches to reach such people.

I had the ultimate confessional from the Club Landlord last night. A man in his 50’s who was jailed for violent crimes in his 20’s. He has taken to God of late, believes in Brexit mainly because he watches You Tube videos that tell him that the whole world is a conspiracy and that most of the time we are lied to. Amongst the lies that he believes we have been told include that COVID exists. The conversation went on for hours. He is a lost cause in terms of Brexorcism so I chose to just listen to him. He has picked up the term critical thinking from somewhere but tends to go only to the internet for his information, and then, a fairly narrow channel of material. He voted for Brexit as a protest vote and does not care about the outcomes, even though he has teenage children. I know him quite well and mainly feel sad for him.

I stopped at a cafe with my bicycle. A man about 50-60 approached and observed my signage, opening up with “I would die for the King and my country”. After some introductions, he self identified as a trade unionist. I imagined him to be left of centre and enquired “what do you think about Brexit?”. He replied that it was the best thing that had happened to Britain as we could make our own Labour laws. He winced as I pointed out that Liz Truss plans to roll back the working time directive which prevents exploitation of the masses, but dodged the question about this. I asked him about what he was now able to do because of Brexit and he answered with some twaddle about WW II. I restated the question but he returned to WW II. I asked “Were you in WW II?” He replied yes but clearly this was not true. He eventually admitted that the country was just the same as it was before Brexit, in other words, that there were no benefits. We moved on to Mick Lynch and host of other topics and it was hard to get away from him. Finally we discussed the 2019 election, Boris, Corbyn and so on. I explained from personal experience of standing a cat for election that my experience on the doorstep demonstrated that Boris and Brexit did not win but Corbyn lost, in part due to our populist media but possibly due to his own presentation and policies in a word that is more sensitive to style over substance. To my surprise, he revealed that he voted for Boris Johnson !! A trade unionist, Brexiteer who voted for a right wing populist. To quote Jim Morrison “People are strange”.

SUPPORT our work via Patreon, Paypal or GoFundMe. We work 24/7/365 on a suite of projects and need your help to keep going.

One thought on “Portraits of Brexiteers”