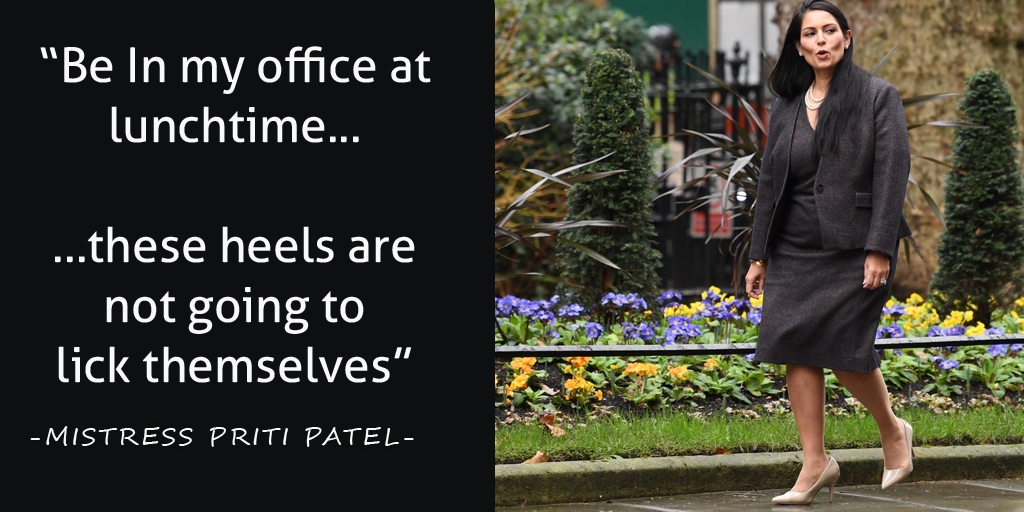 There is very little to say other than watch the video – a remake of the classic Roy Orbison song Pretty Woman (sorry Roy) – Priti Woman – Bully Back Better. Over 27 years I have written 12 books on business leadership and it is true to say that “the fish rots from the head”. Boris Johnson’s tolerance and even encouragement of bullying is probably a reflection of the Bullingdon bullying, which characterises our testosterone fuelled Brexit administration. In case you are unsure about Boris Johnson’s record on bullying, remember watermelon smiles, bum boys in tank tops and piccaninnies. Not to mention the numerous insults he has made about “Remoaners”. The characterisation of 1/4 of your people as doomsayers, pessimists and so on is a shameful element of Boris Johnson’s legacy as a Prime Minister and will pay him back badly in terms of cohesion and commitment to recover from our “Britastrophe“.

Priti Patel has chosen to fit in with the Johnson alpha male bullying stereotype, rather than stand out for a more humanistic approach to questions of asylum, immigration and, of course, Brexit. This is particularly disappointing as females have the opportunity to present a more emotionally intelligent form of leadership than many members of the male gender. If you have to shout and swear to maintain authority as a leader, you have failed, plain and simple.

You may have to wash your eyes out with bleach after watching the video !! 🙂 Warning, contains images of Johnson and other Bullingdon Bullies:

Bullying is not cool

In case of doubt, here is the foreword to The Ministerial Code, written by Boris Johnson. It is virtually unrecognisable in terms of the difference between the code and current practice:

The mission of this Government is to deliver Brexit on 31st October 2019 for the purpose of uniting and re-energising our whole United Kingdom and making this country the greatest place on earth.

We will seize the opportunities offered by Brexit, investing in education, technology and infrastructure, unlocking the talents of the whole nation and levelling up across our United Kingdom so that no town or community is ever again left behind or forgotten. In doing so, we will make our country the greatest place to invest or set up a business, the greatest place to send your kids to school and the greatest place in the world to live and bring up a family.

To fulfil this mission, and win back the trust of the British people, we must uphold the very highest standards of propriety – and this code sets out how we must do so.

There must be no bullying and no harassment; no leaking; no breach of
collective responsibility. No misuse of taxpayer money and no actual or
perceived conflicts of interest. The precious principles of public life enshrined in this document – integrity, objectivity, accountability, transparency, honesty and leadership in the public interest – must be honoured at all times; as must the political impartiality of our much admired civil service.

Crucially, there must be no delay – and no misuse of process or procedure by any individual Minister that would seek to stall the collective decisions necessary to deliver Brexit and secure the wider changes needed across our United Kingdom.

The time has come to act, to take decisions, and to give strong leadership to change this country for the better.

That is what this Government will do.

Watch our groundbreaking interviews with former MEPs at VIP Interviews

Amplify some tweets and copy to people who need to act:

One thought on “Priti Woman – Bully Back Better”