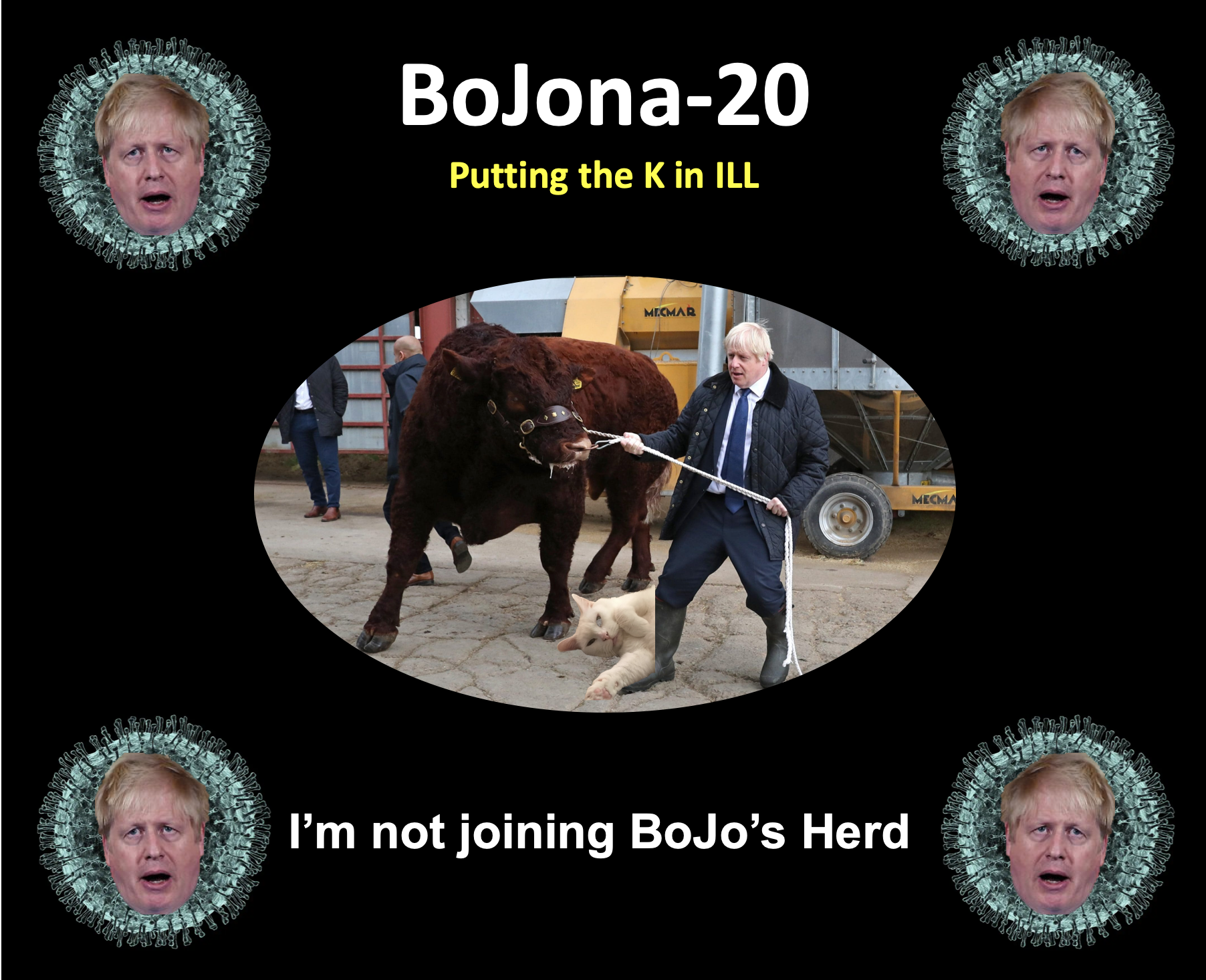 I listened to Boris Johnson’s speech at the Tory Party Conference last week, which I dubbed BoJona-20. I noticed that BoJona-20 was virtually “content free”. The “beauty” of not including content in your talks (sic) is that there is little to take issue with, as long as you don’t get found out! 🙁 It rather seems that people listen for the jokes and are happy to accept empty promises, even though they have been fooled before. More fool them.

No 10 uses a Tombola machine to generate “BoJona-20”. They fill the machine with Post-It notes to generate random catchphrases. This is how David Bowie generated lyrics using his “cut up technique” in the 1970’s. Of course Bowie was not making decisions to determine whether people lived or died in The Laughing Gnome, so the context is different.

Having swallowed 30 minutes of garbage from BoJona-20, I was compelled to write a song to re-assemble Johnson’s garbage as a Lo-Fi groove called BOJONA-20 – an homage to garbage. Download copies of the song on Bandcamp – all proceeds go towards our continued activism to suspend Brexit.

BoJona-20 is possibly the most toxic virus on the planet. Johnson’s lies destroy trust and belief.  The continuing act of lying means that nobody trusts anything that politicians say or do any more. This takes us to a new low point in politics. Just today Johnson has changed a firm deadline (again) for Brexit talks to end, so that he can bully the EU into giving more concessions. It never pays to reward bullies.

“It is the third unilateral deadline that Johnson has imposed without agreement.” Michel Barnier

My friend and collaborator Rachel Ashley wrote a rant about the industrial scale lies from Boris Johnson. Edited slightly here for those that remain unaware of the facts:

Think this is bad? Wait until January. Still, it’s what the shitters wanted and they definitely knew what they were voting for. The reality of internal borders in Kent, 72 mile lorry queues, increased shipping costs, hassle at borders leading to rotting food and deaths from critical medicine shortages, satellite systems, radioactive isotopes, internal borders, cancellation of your bank account if you live in Europe, flight delays or possibly no flights at all between UK and Europe, portaloos in all areas where there are borders. Oh, and food shortages, possibly issues with clean water, power, problems if you deliver services and goodbye NHS. You fucking idiots. Own your Brexshit. But hey, you get your blue passport back.

Find our previous album “Britastrophe” at Bandcamp. Here’s the original song and our Indian Raga special.