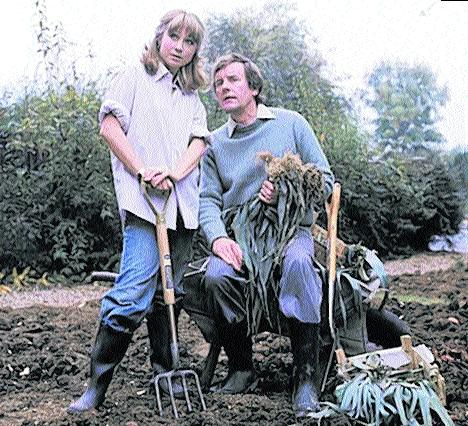 Companies continue to leave these shores for Europe.  At the outset, the government’s standard response was to deny this had anything to do with Brexit – it was just a coincidence that so many had taken the same decision.  Over time, even by their own standards of truth and accuracy, that argument was becoming difficult to defend.  In April 2022, a company in the seat represented by former government housing minister Robert ‘It was pure chance that a change I made benefitted a Tory donor’ Jenrick joined the throng an upped sticks for the continent. Brexit-supporting Newark in shock as largest employer shuts up shop and heads for mainland Europe (cityam.com)

Face with a problem that the public were noticing ‘levelling up’ was just a slogan and that Brexit was turning out to be the disaster predicted, a government minister had a flash of inspiration:

A senior minister has highlighted that the UK is well on its way to overcoming the shortage of fruit and vegetable pickers that has been such a problem since the UK left the EU.

Highlighting specifically the freeing up of 110 potential labourers from the Goodlife factory in Newark, the minister for Brexit Excuses Jackie Dix-Sprogs said:

“Whingeing Remainers said that after Brexit there would be a shortage of people to harvest our food.  This proves they were wrong – there was no shortage, the workers were just in the wrong place.  We simply needed a way to level up and allow our highly-skilled workforce to get out there and do some back-breaking work.  Now, thanks to Brexit, firms like Goodlife are moving their operations to Europe and freeing up workers to pick crops.  This certainly doesn’t bode well for Europe as if more companies relocate, they will likely end up with a shortage of workers themselves. Leave means Leave.”

@g_gosden @BrexitRage Love him or loathe him but there’s no way that John Bercow would entertain the litany of lies and implied acts of treason.

Yet again, industrial levels of inefficiency by @BTP at #Strood Station @Se_Railway

One machine that would not accept either of my visa cards

Queues of people who missed trains, not least because of so many enforcement officers with nothing to