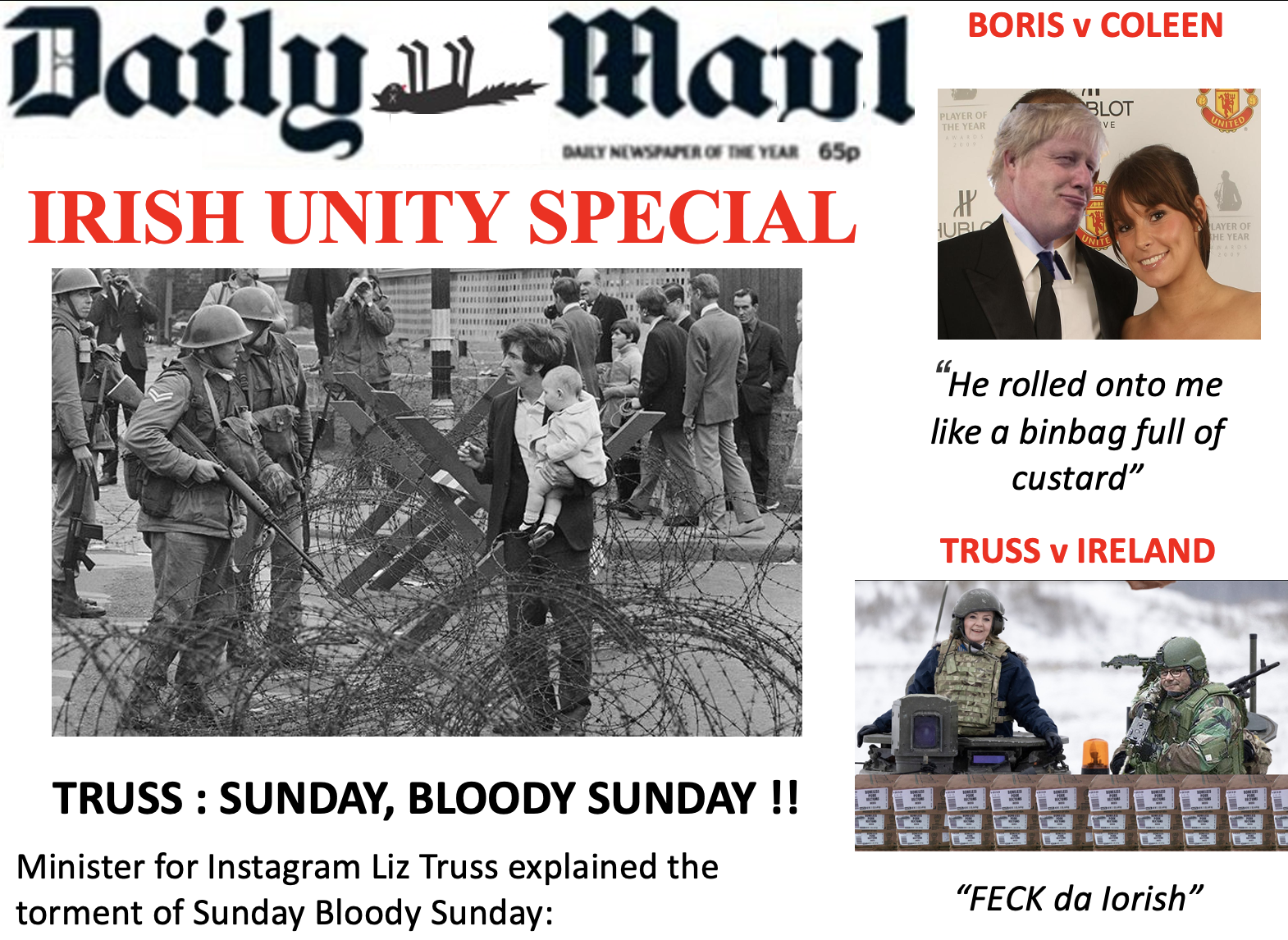 With or Without EU

In this Irish special we focus on the U2 question posed by Liz Truss “With or Without EU”. It becomes clear that she still hasn’t found what she’s looking for with Brexit.

As things continue to become more bizarre by the day in Brexit Britain, we focus on the Irish question in this fake version of The Mail on Sunday.

FACT: Liz Truss is prepared to risk the breakdown of the Good Friday Agreement and 30 years of peace on the island of Ireland to improve her chances of becoming PM. In 2019 the Conservatives said that peace in Northern Ireland and independence for Scotland were prices worth paying to “Get Brexit Done”. One of the few truths they told.

FACT : It was the BRITISH government that signed the Brexit deal which required the border in the sea between Britain and the island of Ireland. Blaming the EU is simply gaslighting. We are a third country and, to quote the Brexiteers we should “Get over it”

FACT : ‘Sir’ David Frost read the deal and then ignored it in order to “Get Brexit Done”. This problem is ENTIRELY of our own Government’s making and Frost’s squirming is pathetic. He’s not even elected.

FACT : Boris Johnson said that a border between Ireland and Britain would only happen over his dead body. We note that he is still alive.

FACT : ‘Sir’ David Frost is now pretending he was railroaded into signing the deal. The word scum is not bad enough for someone who refuses to own his Brexshit.

FICTION : Whereas Coleen Rooney has not shagged Johnson, Arlene would do anything to restore the troubles to Northern Ireland, including a performance with Dolly Parton if one could be arranged.

Whilst the EU are the adults in the room, they should respond to this childish behaviour by our adapted children in Government.

2 thoughts on “With or Without EU”