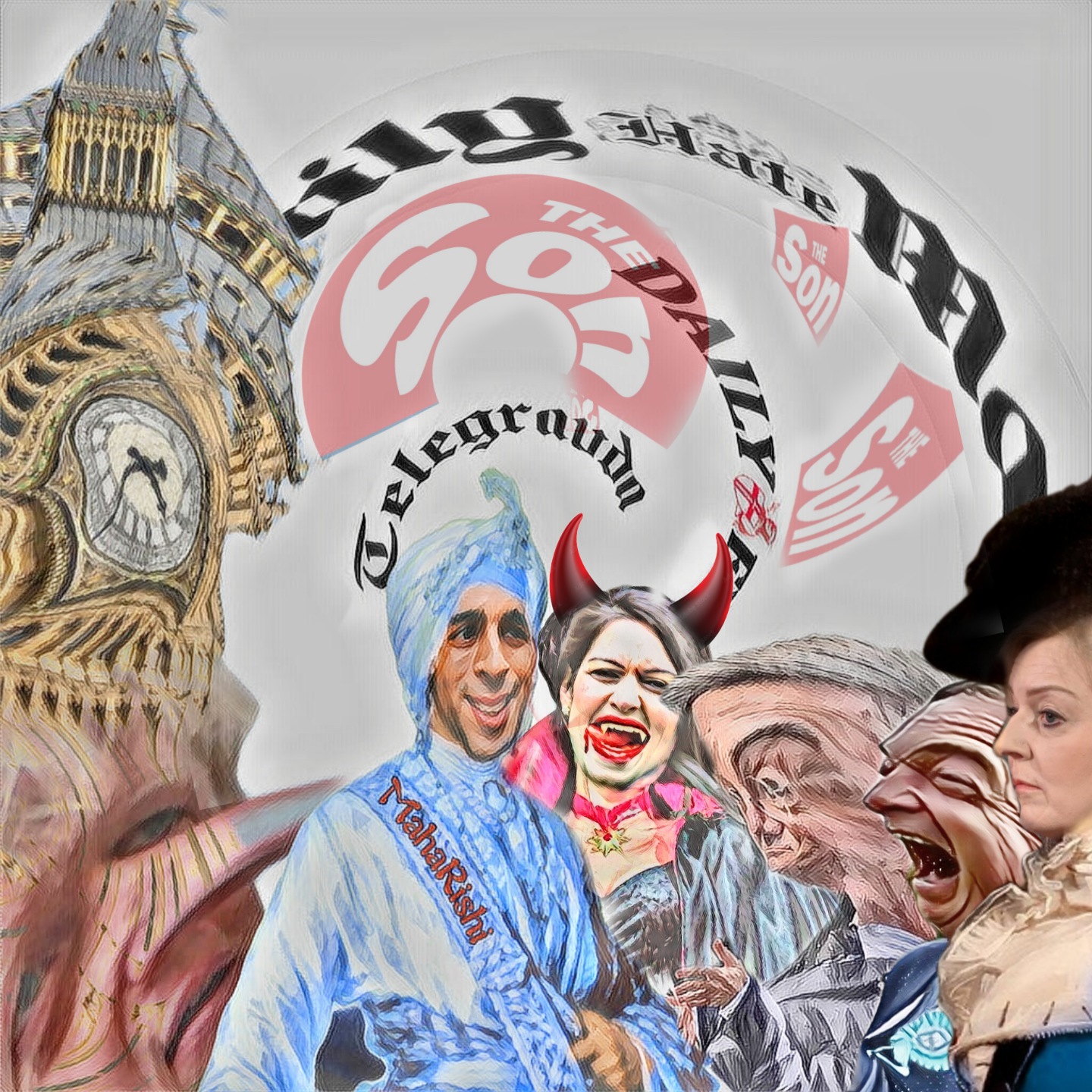 Humour as a weapon against fascism

Private Eyelines : Have I Got Fake Brexit News for EU is just released. Humour is one of the few weapons this Government cannot take away from us. It’s a historical and hysterical record of #Brexit and one that holds this #fascist government to account in ways that spreadsheets and graphs do not. The book helps us deconstruct the fake news of populist media from “The Son” to “The Daily Maul” “Excess” and “Telegravda”. Grab copies for yourself and your Brexity friends now on Amazon or order discount copies direct from the author by e-mailing us at reboot@academy-of-rock.co.uk Here is the book blurb below:

Satire reaches the parts that spreadsheets, graphs and logic do not. Brexit provides a rich dark seam of tragicomedy in a Kafkaesque world of gaslighting, shapeshifting and shameless lies. We live in desperately sad times. But simply drowning in the sadness of Brexit does not help us deal with paranoid populist politicians. Bittersweet levity cuts through people’s minds to their visceral core. Simply stated, satire heals.

Populist media brainwashed leave voters to believe in Brexit unicorns. I tried my hand at parodying these media to expose the lies on which the Brexit hydra reared its many ugly heads. I found that people rather liked my gutterpress pages. Some even believed that they were real!

To change minds on Brexit, it is not sufficient to break the parliamentary paralysis which continues to enable the slow-motion destruction of Britain. Nor is demographic change, aka death, a success recipe. We must actively work on the huddled masses. People almost literally eat lies for breakfast from a biased populist media, owned by people who seem just a little bit too friendly with Vladimir Putin. Private Eyelines opens up the conversation anew with Brexiteers with buyers’ remorse, or Remainers numbed into submission by six years of bullshit and bullying from our so-called political leaders.

Peter Cook is a unique combination of scientist, business consultant and musician. As a 60’s child, his mum made him watch Peter Cook and Dudley Moore, saying “it would be good for him”. It wasn’t! Instead, Peter built a solid career bringing life-saving treatments for diabetes and HIV / AIDS to the world, 18 years tutoring MBAs in academia, writing books and 28 years running a business. His early exposure to Cook and Moore suddenly came to the fore after 24 June 2016, as satire met real life through Brexit. His mis-spent youth and creativity have been rejuvenated through campaigning, writing, music, film making and speaking about our rightful place in Europe. It was good for him after all. Mum was right!

Johnson "No doubt people will continue to beat me up and say this or that to attack me."
179,961 people wont be able to